Three weeks ago, the Sheldrick Wildlife Trust, and everyone who is a part of their supportive network, lost a special member. Luggard, affectionately known as the “Lionheart” of their elephant family, passed away.

You might remember Luggard as our “Tiny Trumpeter,” who overcame tremendous odds to survive as an injured orphan. Today, we honor and remember him and the lasting legacy he will imprint on those of us who knew him. 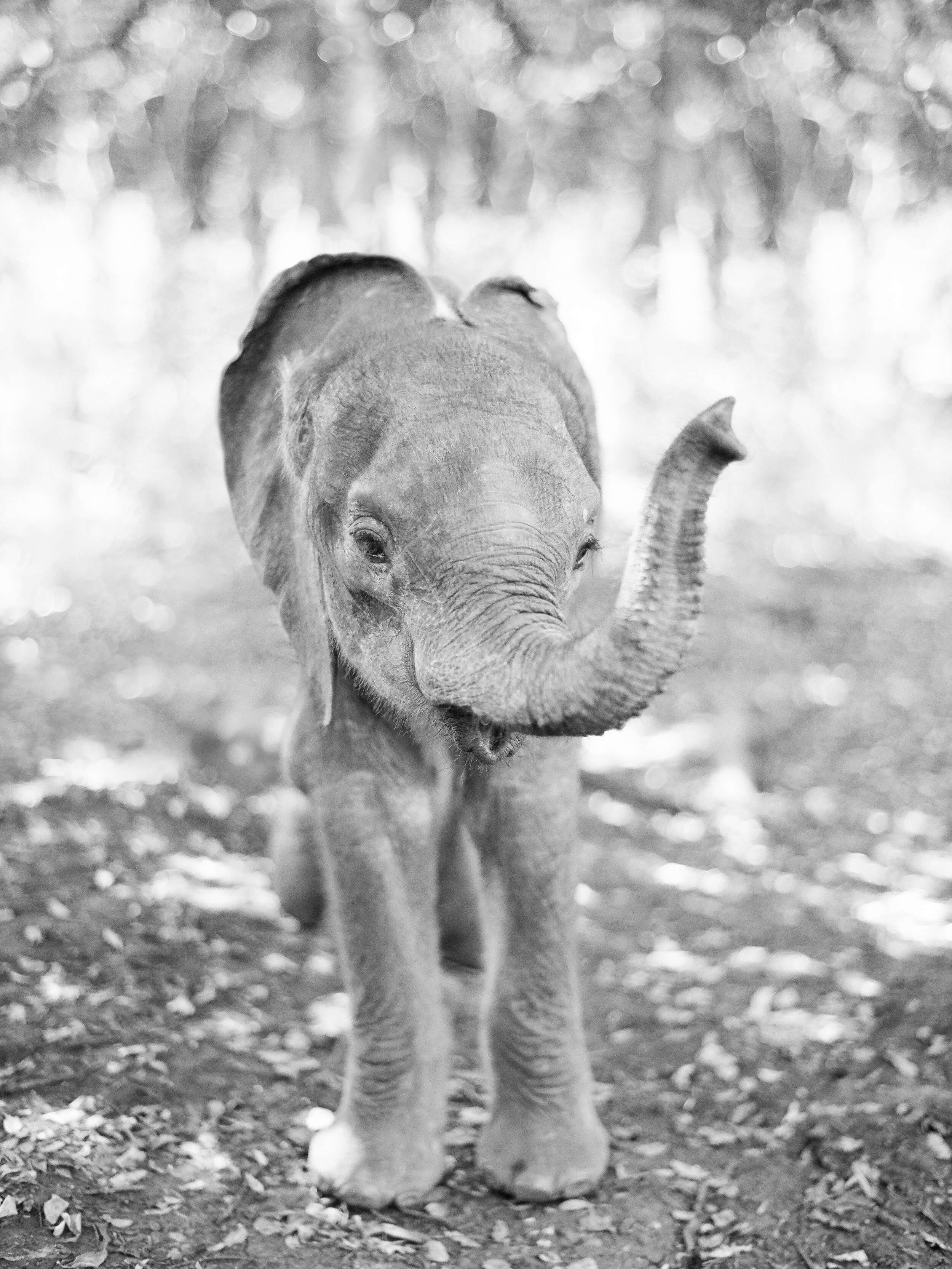 In 2016, we took our first trip to Africa. We were beginning a project of raising awareness for threatened species through new, photographic fine art print series. Today, that project is Render Loyalty.

When we stepped off the plane in Nairobi all those years ago, we weren’t prepared for the abundance of life we were about to meet. Our first stop in Kenya was The Sheldrick Wildlife Trust. Through their Orphans Project, they rescue and rehabilitate orphaned elephants to eventually reintroduce them to the wild.

We had just watched the keepers share milk with all of the young elephants and they had gathered in a more wooded area. This darling little elephant walked right up to me, raised his trunk and let out the tiniest little trumpet, as if to announce his arrival.

He seemed so small and fragile compared to the others who scampered around him. But he made up for it in his unbound excitement and obvious affection for his playmates.

Luggard was the epitome of resilience, having survived traumatic injuries as an infant. At just five months old, a poacher’s bullet wound shattered his right leg and injured his left foot. Yet, his determination and positive spirit, amidst all he suffered, inspired everyone at the Nairobi Nursery.

Camera in hand, I captured his brave introduction and created what would become one of our most popular prints at Rendery Loyalty—the “Tiny Trumpeter.” His joyful spirit has spread throughout the globe through that image, and through his special reputation at the Sheldrick Wildlife Trust. 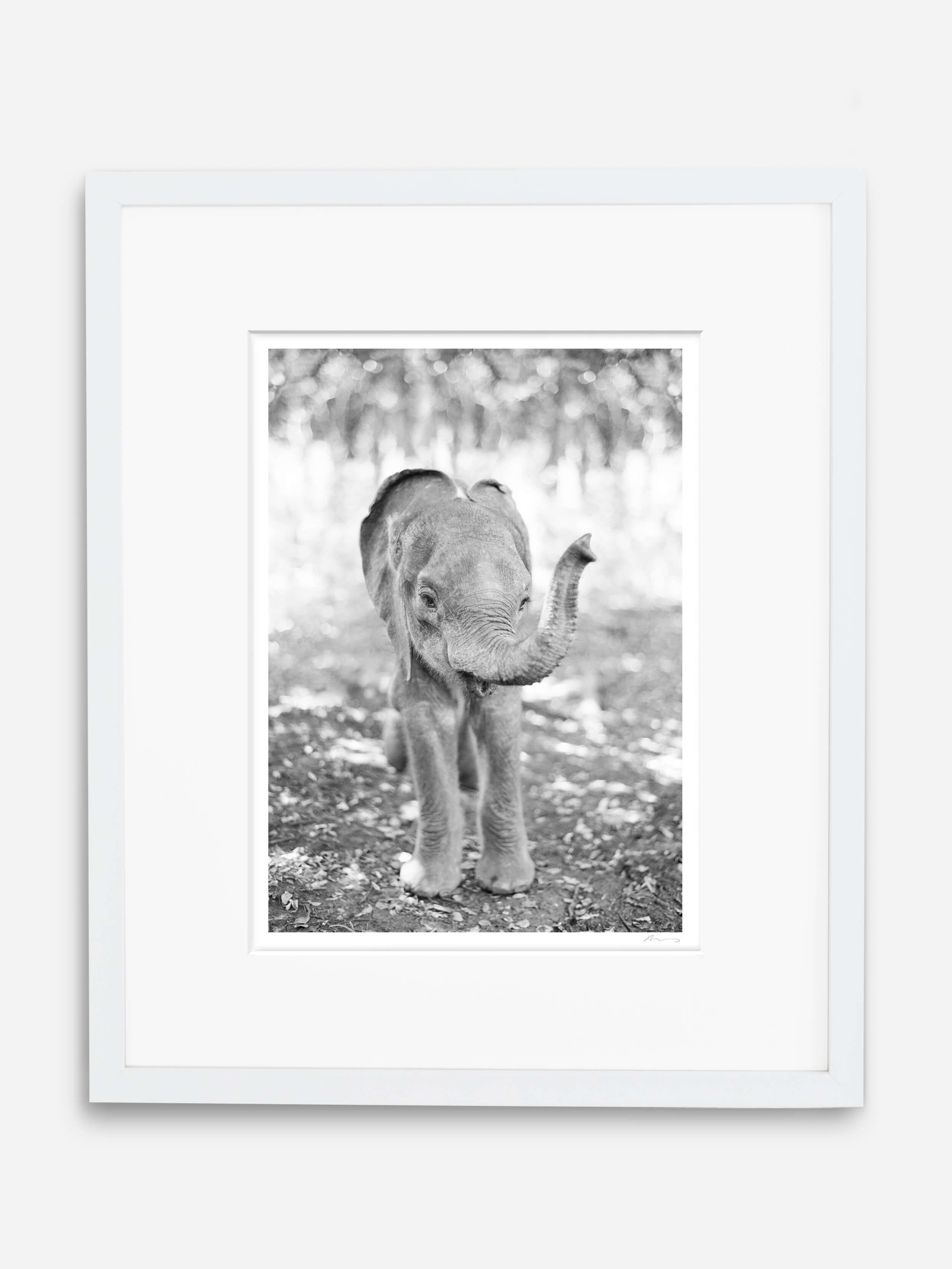 The Trumpet Heard Round the World

It's been nearly 5 years since I witnessed his bold trumpet and saw first hand his Lionheart. My heart broke on May 11, 2021 when I heard the news that Luggard, the beloved “Tiny Trumpeter,” had passed away. Tears filled my eyes as I read the beautiful tribute by the Sheldrick Wildlife Trust. He was a special soul, and I’m so grateful to have met him, even if briefly.

His loss will be felt around the world for those who have followed his rescue, his growth, and now his passing. And his legacy will continue on as a brave example of the plight of all threatened wildlife.

My heart breaks for the dedicated caregivers and everyone at Sheldrick who will miss him dearly. Their constant dedication and relentless pursuit to save orphaned elephants in Africa is something I am forever grateful for. It’s a dedication that continually inspires and compels our own work, through Render Loyalty.

Within the last year, Luggard’s own species took on the endangered status. The African savanna elephant is now endangered, and the African forest elephant is critically endangered. What this means is: there may come a day, in our lifetimes, when it’s not possible to see an elephant in the wild.

Endangered species, and truly all threatened species, are sounding an alarm. And sadly, we have all grown numb to its continual ringing.

Let the trumpet sound of our Lionheart Luggard impact your soul in the very way he has impacted mine. Let this brave little elephant inspire you to take responsibility and begin to make the choices that will save lives.

...there may come a day, in our lifetimes, when it’s not possible to see an elephant in the wild.

Whether you are an animal lover like me, or simply want to ensure that future generations have a planet to call home, here are a few ways you can make a difference today for endangered species. 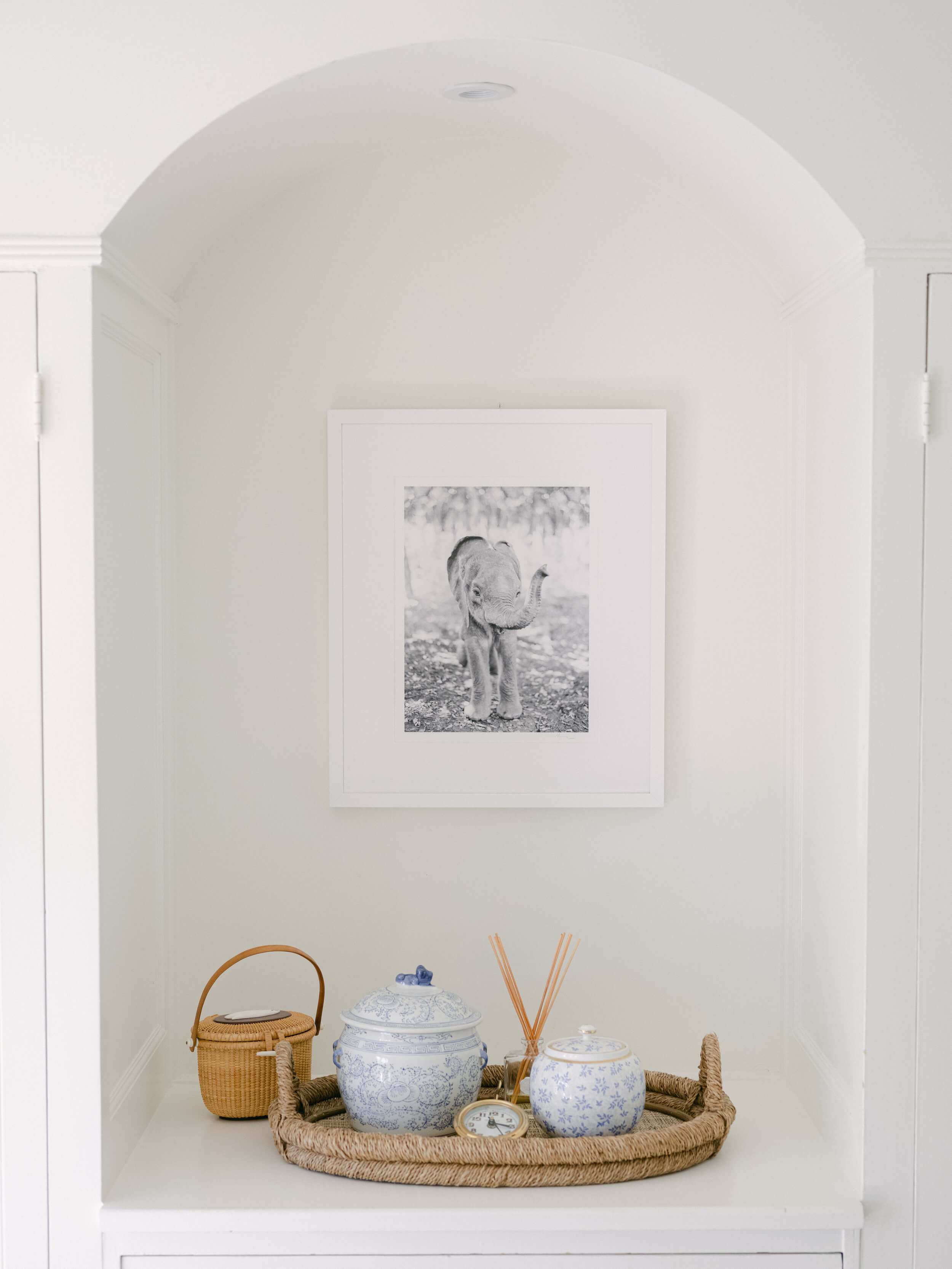 One of the easiest ways to raise awareness of endangered species is to give a gift that embodies that awareness. At Render Loyalty, 20% of your purchase of a fine art print directly supports our conservation partners.

There are so many opportunities to give a beautiful gift that also brings awareness to the plight of wildlife. Or maybe you have a wall in your own home that could serve as a remembrance of the brave and inspiring story of our “Tiny Trumpeter.”