I have not set foot on African soil in over a year. Having to stay away, and hoping that wildlife and our conservancy partners continue to receive the support they need has been a challenge.

After almost a year of restricted travel, these images of threatened and endangered wildlife have taken on new meaning for me. Our conservation partners have suffered the great loss of a depleted tourism industry—an industry that they, and the animals, rely on.

But I am grateful for the work that I’ve done that keeps on giving back. Even when we can’t visit and see first-hand the work that is being done, these fine art prints are evergreen hope for threatened and endangered wildlife.

They bring back my memories of photographing these majestic creatures.
They tell a story of the past and continued work that our partners continue, in faith and trust in a better future.
And they support that future when you decide to join us.

We don’t have to be there to make a difference.

When you purchase one of these fine art photographic prints, 20% of the sale is directly donated to the conservation partner of that Series.

You see, it takes all of us: you, me and the conservationists on the ground. In the end, it always comes back to a communal hope and a united effort.

More than anything this holiday season, I want to make an impact on the lives and animals that have been so greatly affected by all that 2020 has brought.

You can make that impact too, by bringing these fine art photographic prints—and their stories—into your home. Or, by giving the gift of art + conservation.

Read these stories behind some of my favorite prints below, and consider gifting one of these prints—as an expression of your heart toward endangered wildlife, the people working to protect them and the impact we can have when we work together.

Come with me to Africa, as I journey back to the Savanna... 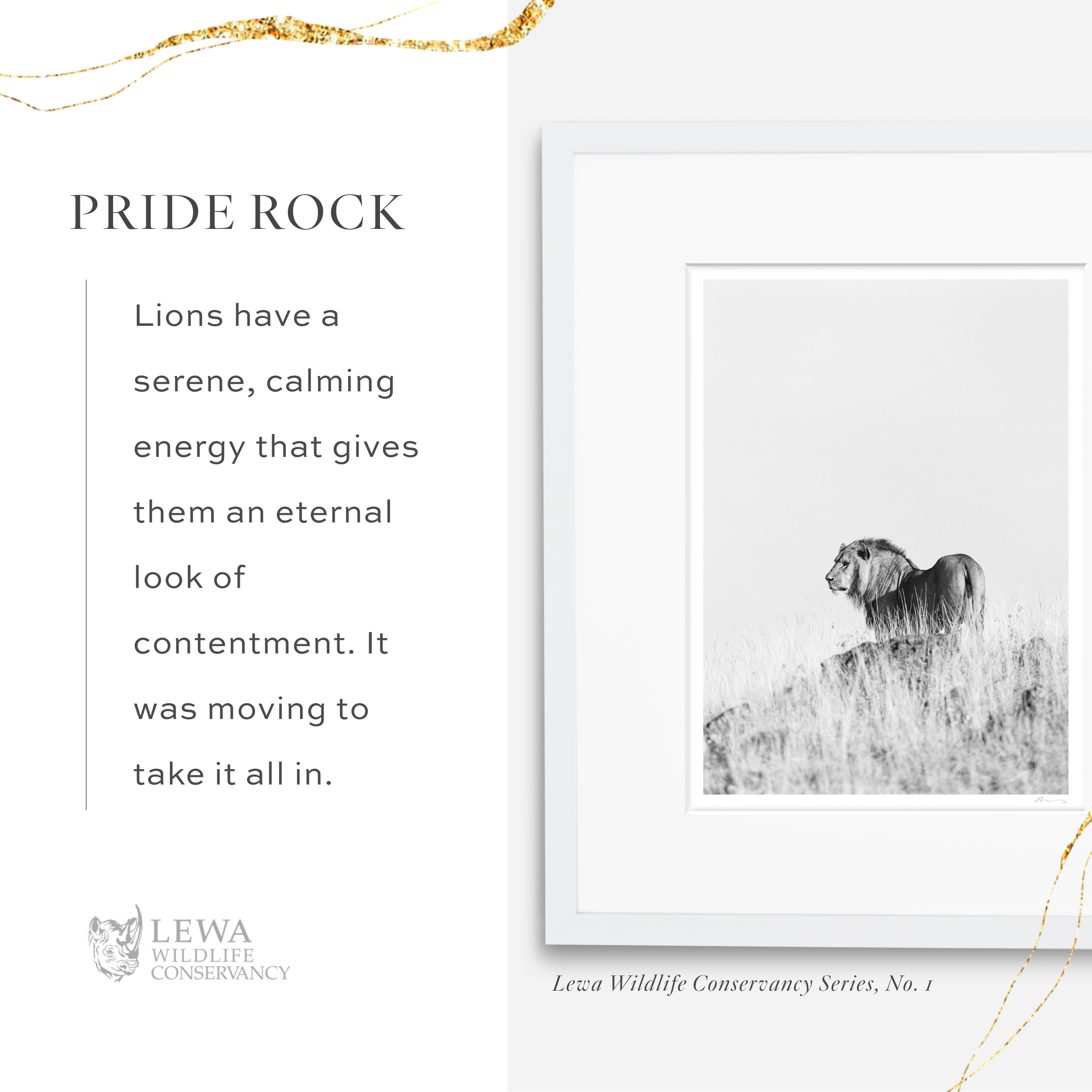 Our guide spotted the lions climbing a hill, and he quickly turned the vehicle off the dirt road and into the bush and then up we went. The lion was calm, slowly making his way upward, not bothered by the sound of the vehicle at all. When he reached the top of the hillside, he paused to survey the landscape.

Lions are fascinating to watch. They have a serene, calming energy that gives them an eternal look of contentment. This lion climbed to the top of the hilltop to survey the landscape and it was simply incredible to watch him take it all in.

The Lewa-Borana Landscape is home to 44 lions. 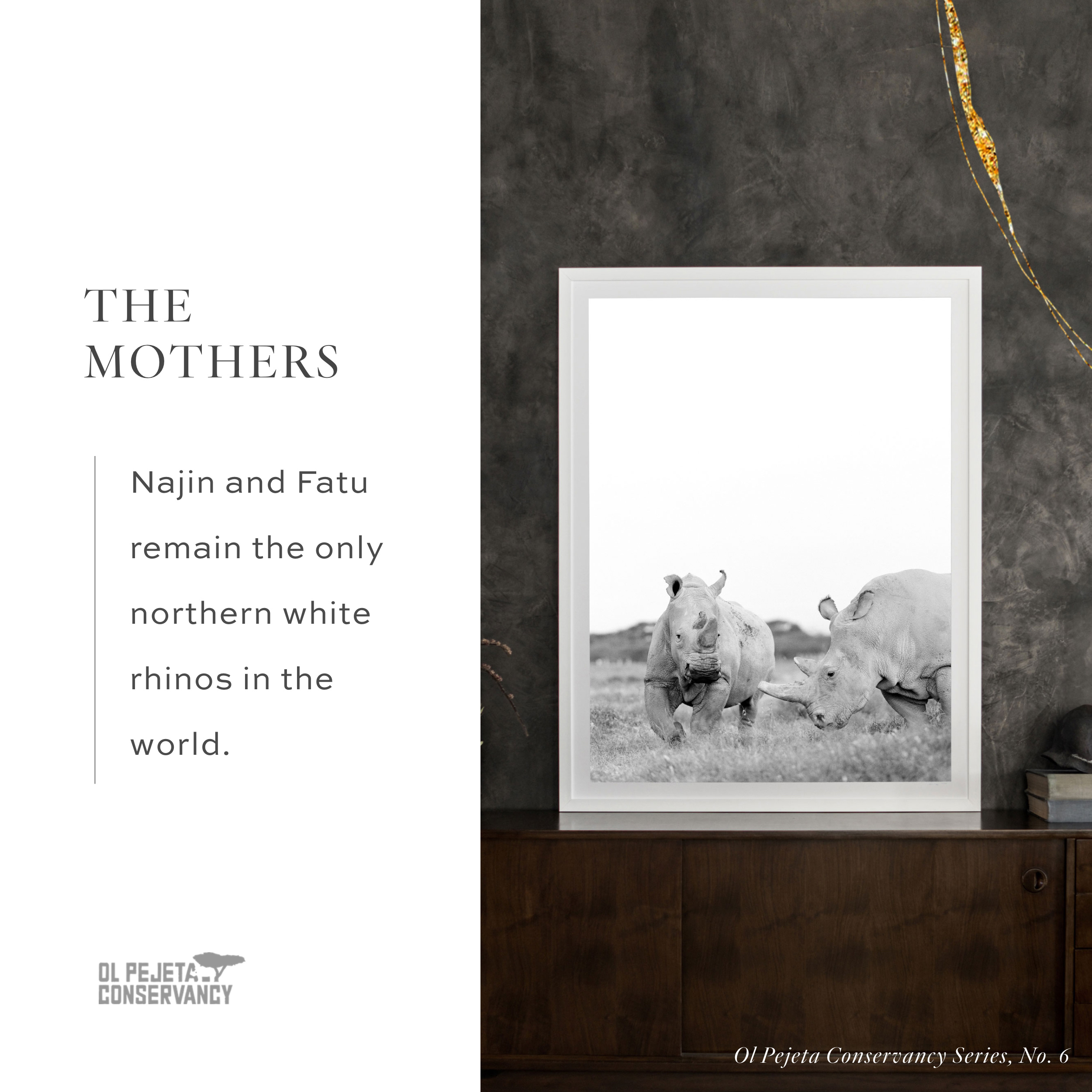 Photographing Najin and Fatu was so special because we walked alongside them in the tall grass, observing them go about their day. Their bond was clear, as they never were more than a few steps away from one another.

Being the last two northern white rhinos in the world, and now part of an in-vitro fertilization program aimed at saving the species, there is so much hope placed on these two. They could be become 'the mothers' of this entire species if this program is successful. The conservation efforts have been halted since January, due to COVID-19 and the travel restrictions that are keeping the international team from continuing their efforts. But there is still hope for this species.

Najin and Fatu remain the only northern white rhinos in the world. 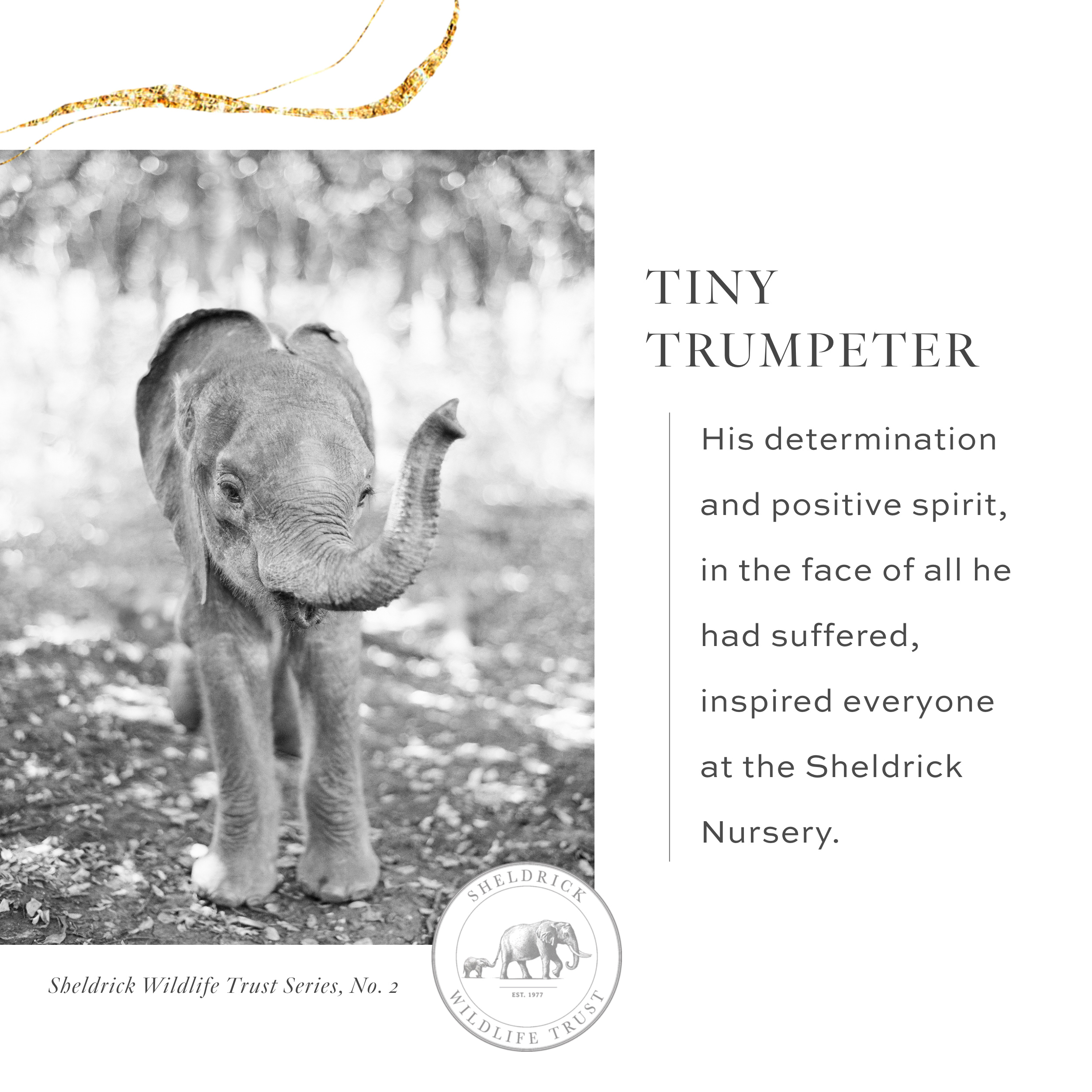 This was such a special moment. We had just watched the keepers share milk with all of the young elephants and they had gathered in a more wooded area. This darling little elephant walked right up to me, raised his trunk and let out the tiniest little trumpet, as if to announce his arrival. I’ll never forget meeting Luggard.

He is the epitome of resilience, having survived traumatic injuries as an infant. A bullet wound shattered his right leg and injured his left foot in 2016 at just five months old. His determination and positive spirit, in the face of all he had suffered, inspired everyone at the Sheldrick Nursery. Today, after so much care from the SWT, he is five years old and called “the heartbeat of Umani” Springs, the reintegration unit where he now lives.

Let this brave little elephant inspire you too. 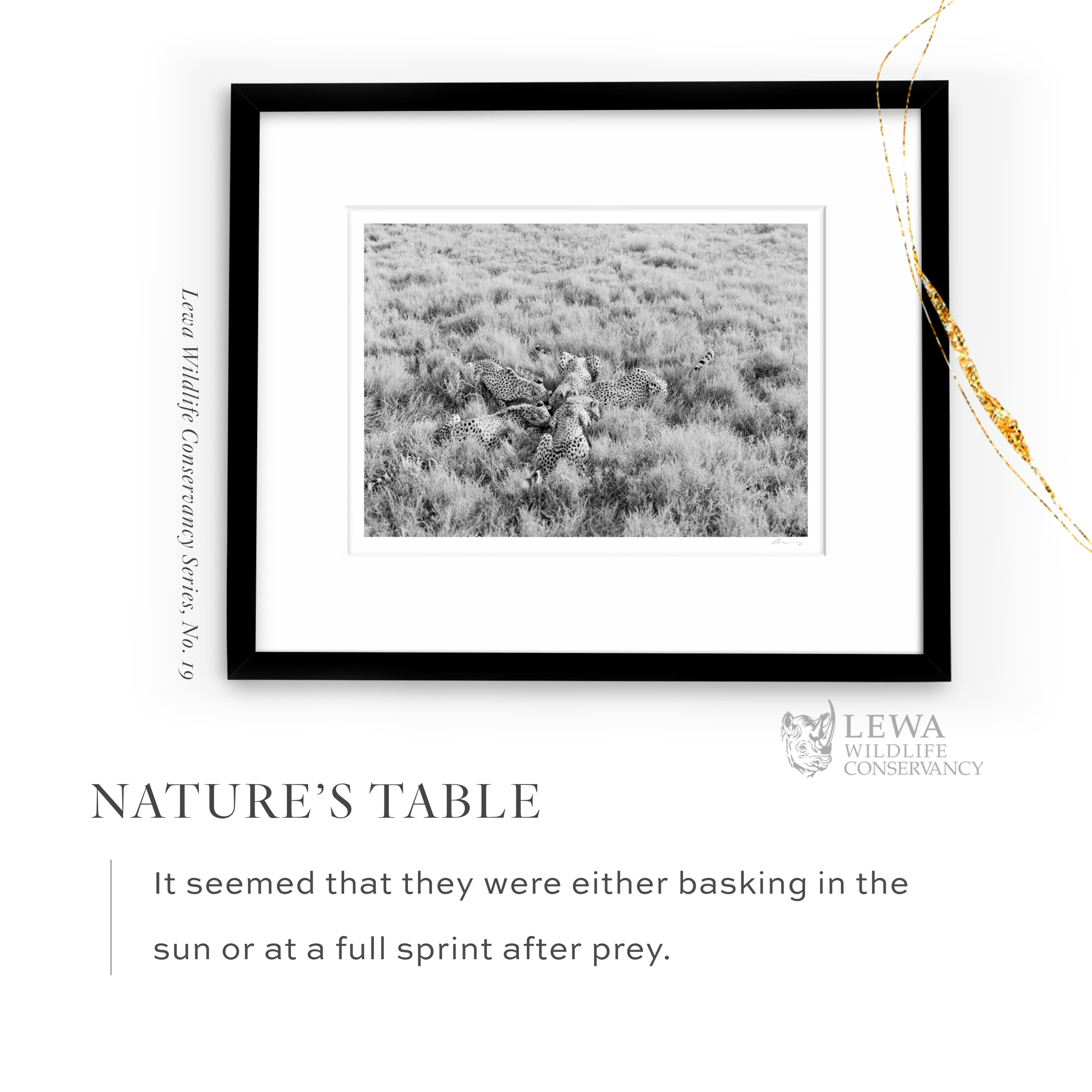 We had followed this family of cheetahs, a mom and her growing sons, and it was very special to see how their hard work of tracking and chasing lead to dinner for the whole family.

They are so beautiful to watch. It seemed that they were either basking in the sun or running at a full sprint after prey; there wasn’t much in-between these two speeds. I found it such a beautiful example of balance.

There are currently over a dozen cheetah on the Lewa premises. 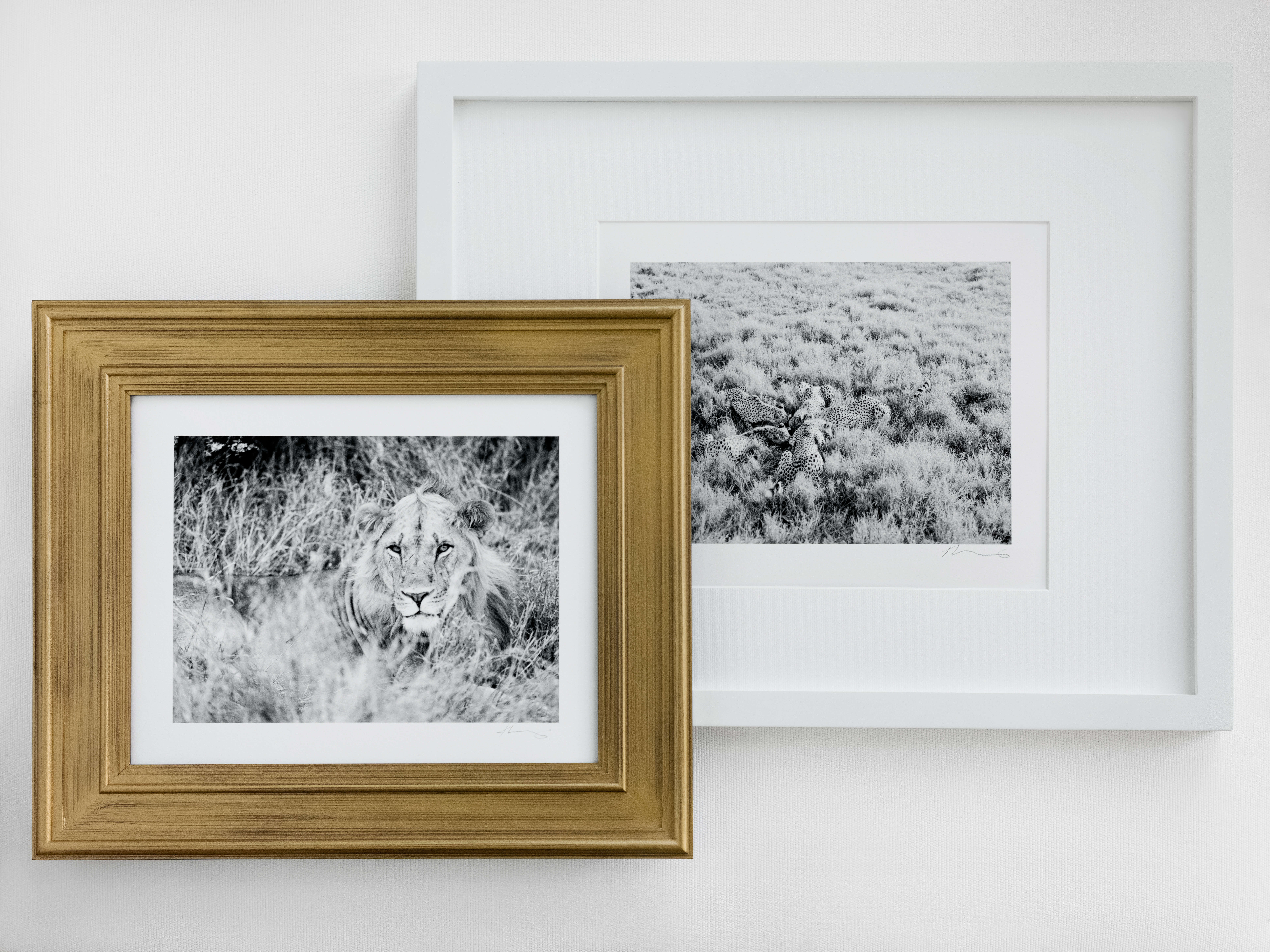 Looking for gifts under $100? Our limited holiday release is available now through December 31st. Shop our most popular prints in size 8" x 10."