Found wandering alone in the Kenyan wilderness, sweet Kamok was just a newborn when she came to the Sheldrick Wildlife Trust. Six years later, the lonely calf has blossomed into a loving member of the SWT herd. On our last Kenyan adventure, we were lucky enough to capture a beautiful portrait of her: Peaceful Gaze.

In September 2013, rangers at Ol Pejeta Conservancy discovered this struggling calf alone in the wilderness. Because she was just one day old with joints and limbs that couldn’t yet support her weight, she wasn’t able to keep up with her herd and was left behind. The Ol Pejeta scouts transported Kamok to Ol Pejeta airfield where they were met by the Sheldrick Wildlife Trust rescue team.

Because of her tender age and lack of physical development, the team assumed she had never received her mother’s milk. To ensure she received the natural antibodies found in mothers’ colostrum, they transfused plasma from a full-grown elephant in the SWT herd. As the team tended to her medical needs, Kamok dozed on a mattress, covered with a baby blanket and took to bottle feeding immediately upon waking.

From that first day, she has never abandoned her security blanket or her Keepers’ side. As her joints and limbs have grown stronger, Kamok and her Keepers have increased the distances of their walks and improved the dexterity and strength of her tiny trunk. While she loves playing in the dirt and exploring with her fellow orphans, she still prefers the company of her human Keepers and follows them everywhere.

Everyone who meets Kamok instantly falls in love, just like all those who encounter this endearing print. Although her herd abandoned her, Kamok has found a new family in the orphans and Keepers at Sheldrick Wildlife Trust. Support their work and the enduring bonds they have created by purchasing Peaceful Gaze or another of your favorite prints from our SWT collection. 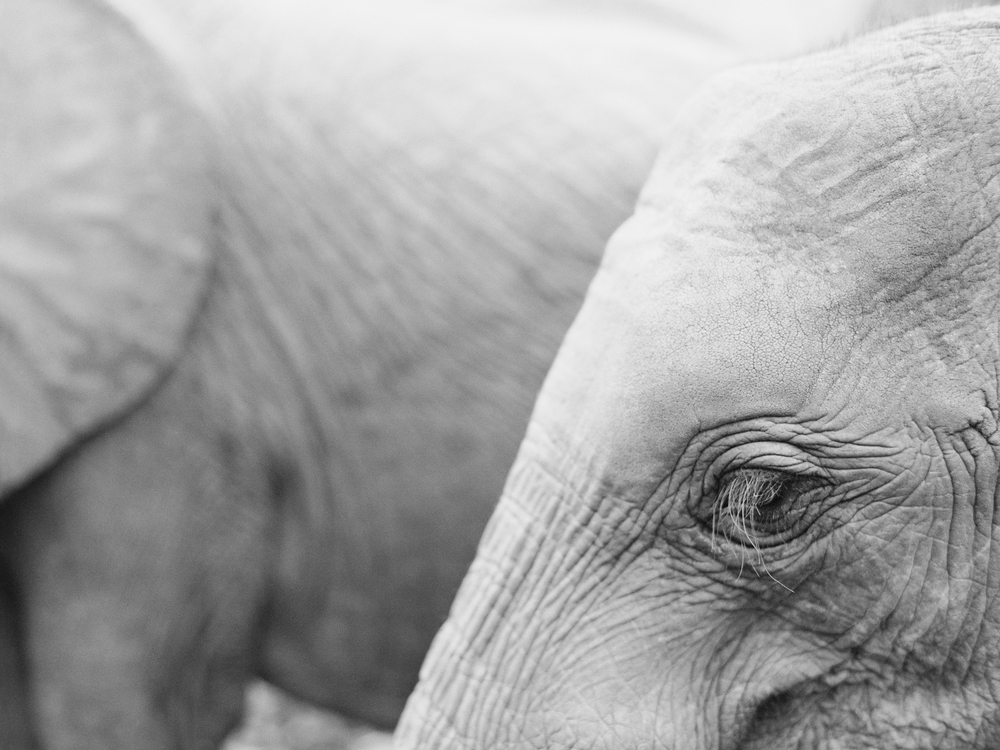 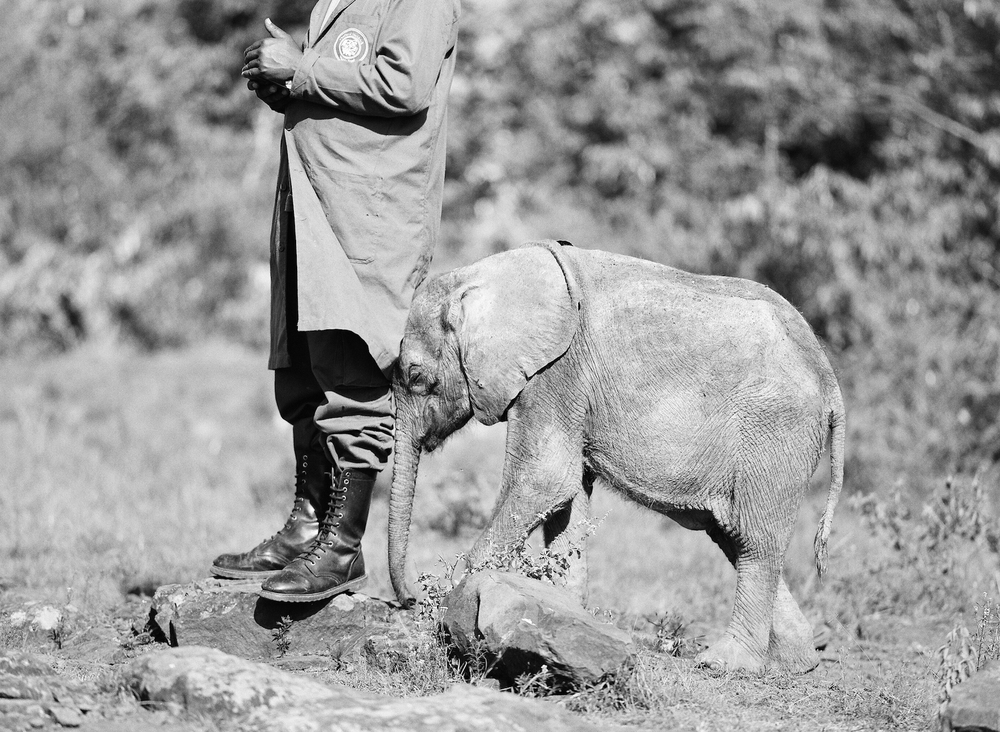 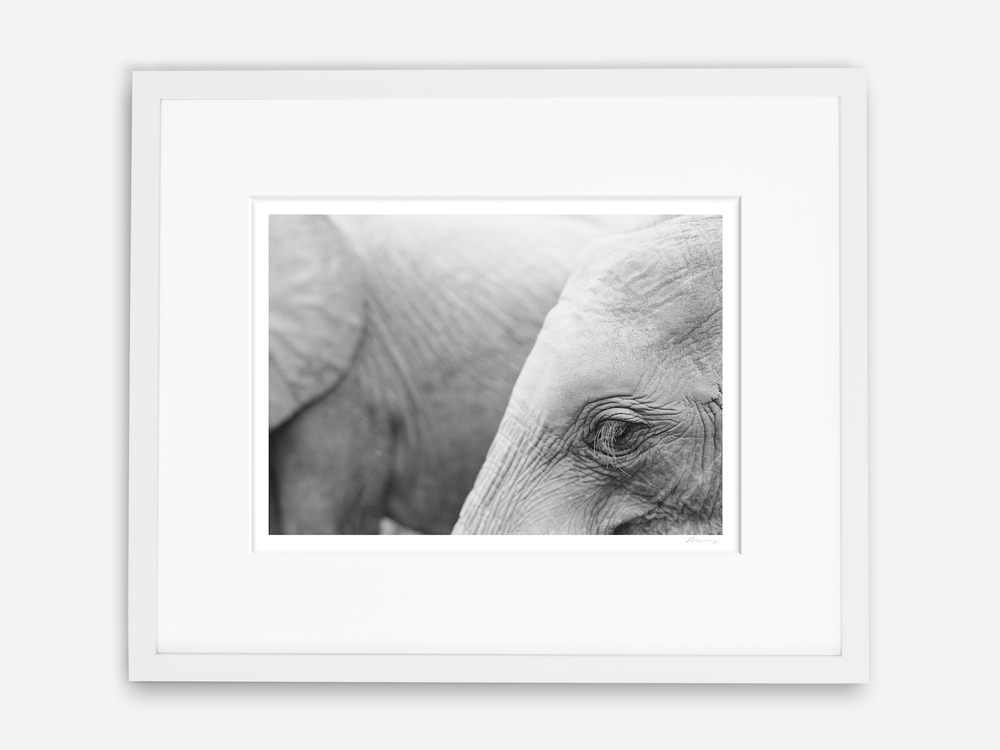