“Dame Daphne...expressed a wish that we be known as the Sheldrick Wildlife Trust after she passed, so that her memory could continue to burn bright through our conservation work undertaken each and every day far into the future.”

We are excited about the name change and love reading about and sharing their accomplishments.

Since its founding, the SWT Orphans’ Project has successfully raised 244 elephants with 156 orphans living wild and 30 babies born in the wild. When the devastating drought of 2017 was washed away by abundant rains in 2018, fewer abandoned orphans needed SWT care. The weather shift also allowed SWT to transition some orphans to Reintegration Units with more freedom and older herd mates. The matriarch Mbegu moved to the Voi Stockades along with Godoma, Ndotto, Ngilai, Lasayen, and Murit. Our beloved Luggard stayed in the nursery as he continues to heal under the watch of the SWT caregivers.

While SWT is a leader in raising orphaned elephants and reintroducing them to the wild, they also work with the Kenya Wildlife Service (KWS) to prevent the capture and killing of elephants across the Tsavo Conservation Area (TCA). Together, SWT and KWS operate 14 de-snaring units to deter poaching in conservation areas. Each team consists of a team leader, three rangers, a driver, and a cook along with 203 armed KWS rangers who provide security and make arrests. Together, these teams patrolled nearly 332,000 kms by vehicle and 32,280 kms by foot during 2018, ensuring widespread surveillance and a solid security presence in the area.

The 2018 rains were also helpful in deterring poachers, as the terrain was more difficult to navigate and fewer had to resort to illegal hunting as they tended to their farms. However, despite the rains and security, the anti-poaching and de-snaring taskforce still made 344 arrests and confiscated over 4,000 snares and almost 200 weapons, preventing the deaths of thousands of wild animals.

In addition to de-snaring teams, SWT and KWS also operate Mobile Veterinary Units that travel across key conservation areas to care for sick and injured wild animals. Together, they operate five vet units and one Sky Vet Unit and attended to 601 sick or injured wild animals last year (258 elephants, 66 rhinos, 82 lions, and a number of other species). Although many of the cases were poaching victims, human-wildlife conflict (HWC) in the communities bordering the parks and protected area was also a leading cause. This ground and air partnership ensures these veterinary teams are as effective and efficient as possible as they save hundreds of threatened and endangered animals.

But the Sky Vet unit isn’t the only team that has taken to the skies in support of conservation. The SWT Aerial Surveillance team is made up of four pilots who operate five planes and two helicopters to complete daily patrols and emergency rescue services. In 2018, the Aerial Surveillance team flew almost 2,000 hours and over 200,000 kilometers, monitoring illegal activities like logging and poaching while keeping an eye out for injured and abandoned animals. The sky team has also helped mitigate human-elephant conflict by steering 150 elephants away from communities and back to the safety of the Parks.

While saving animals and deterring poaching, the SWT also works diligently to prevent these incidences. One way they do this is by constructing electric fencing along the eastern side of the Chyulu Hills National Park (CHNP). This work has reduced illegal activities in the park and increased elephant sightings and black rhino presence in the forest. The SWT also works to prevent fires by maintaining all roads and firebreaks within and around Kibwezi Forest while also training rangers in correct and safe firefighting techniques at KWS Manyani Training College. SWT also prioritizes reforestation and planted more than 36,000 tree seedlings in 2018.

One of the most impactful ways the SWT ensures its legacy is through its Community Outreach programs. In 2018, more than 23,000 school children visited the SWT Nursery and more than 1,000 enjoyed SWT field trips. These visits expose local children to local animals and ecosystems while inspiring them to become conservation activists. Additionally, the SWT supported community education by donating almost 700 school desks.

As always, we are honored to partner with the Sheldrick Wildlife Trust and hope you will join us in supporting them. Purchasing a print from our collection or donating directly to the organization are two ways to ensure a brighter future for the vulnerable animals and local communities impacted by the work of this legacy organization. 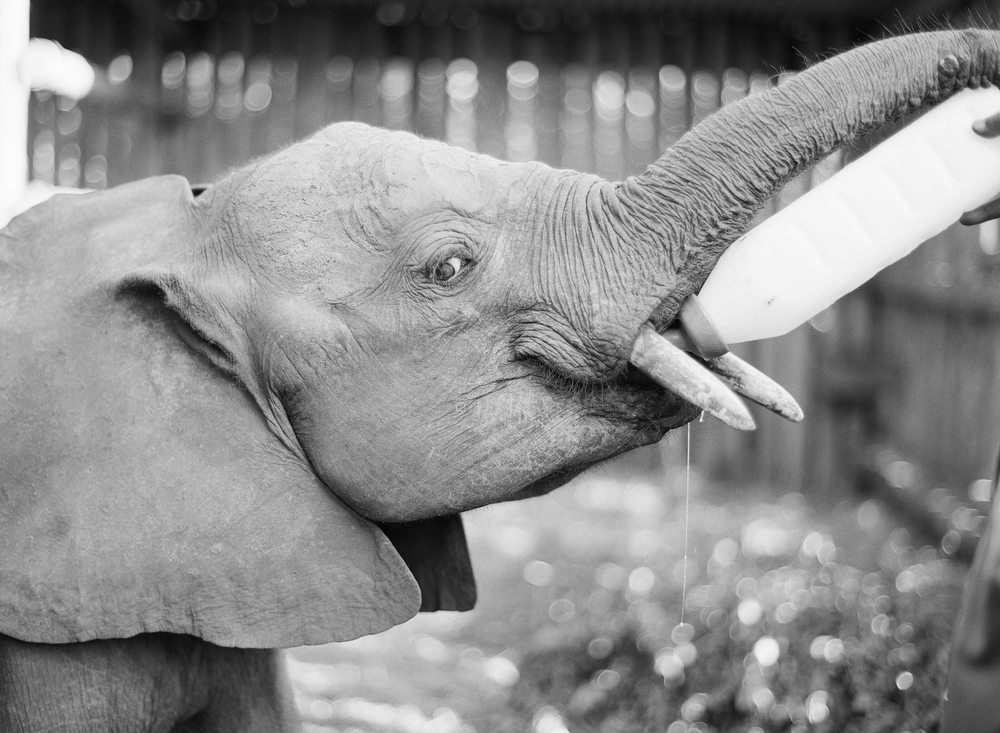 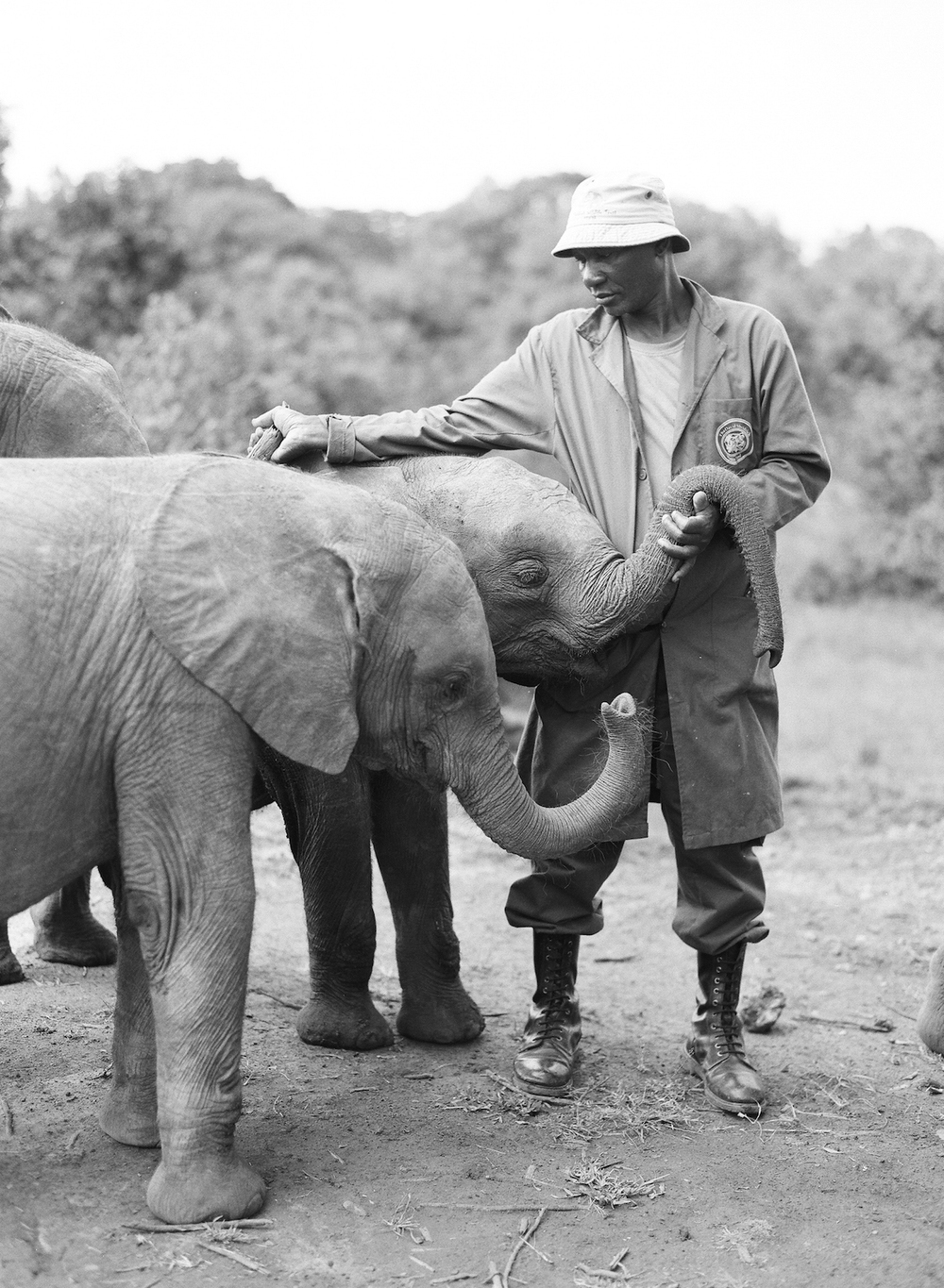 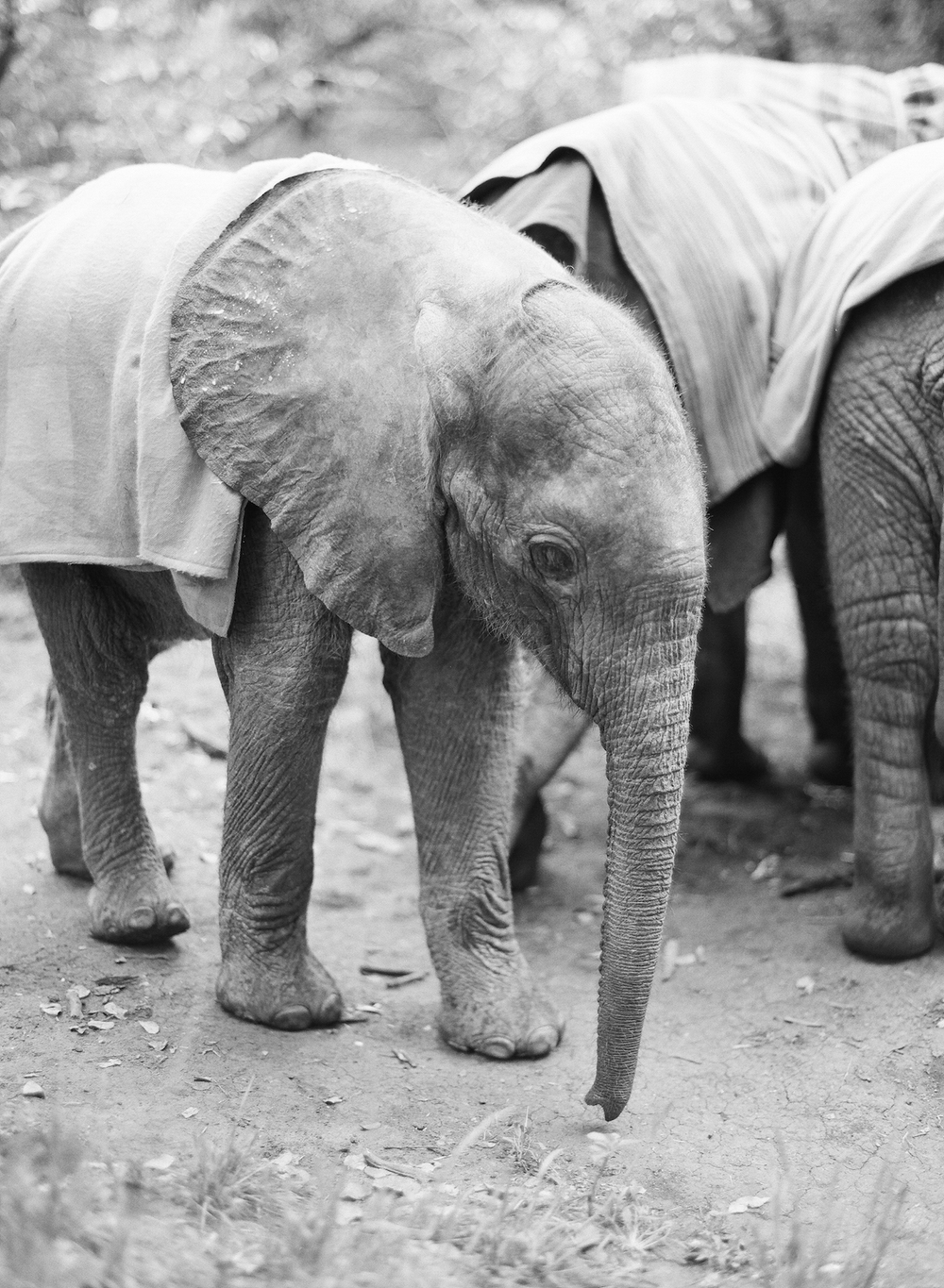 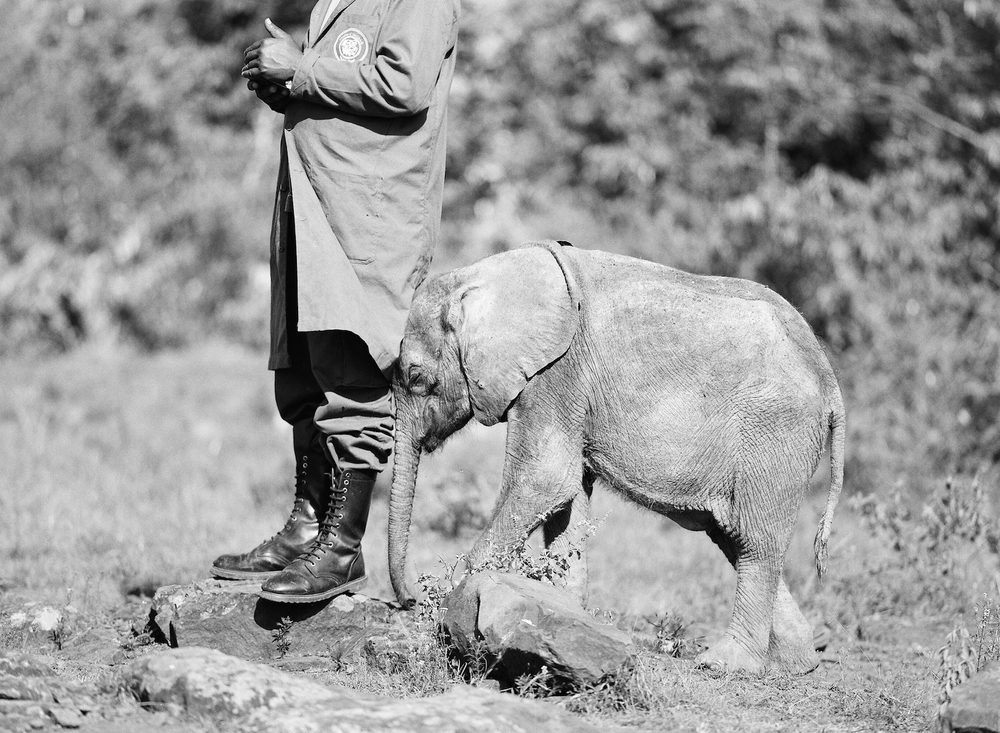 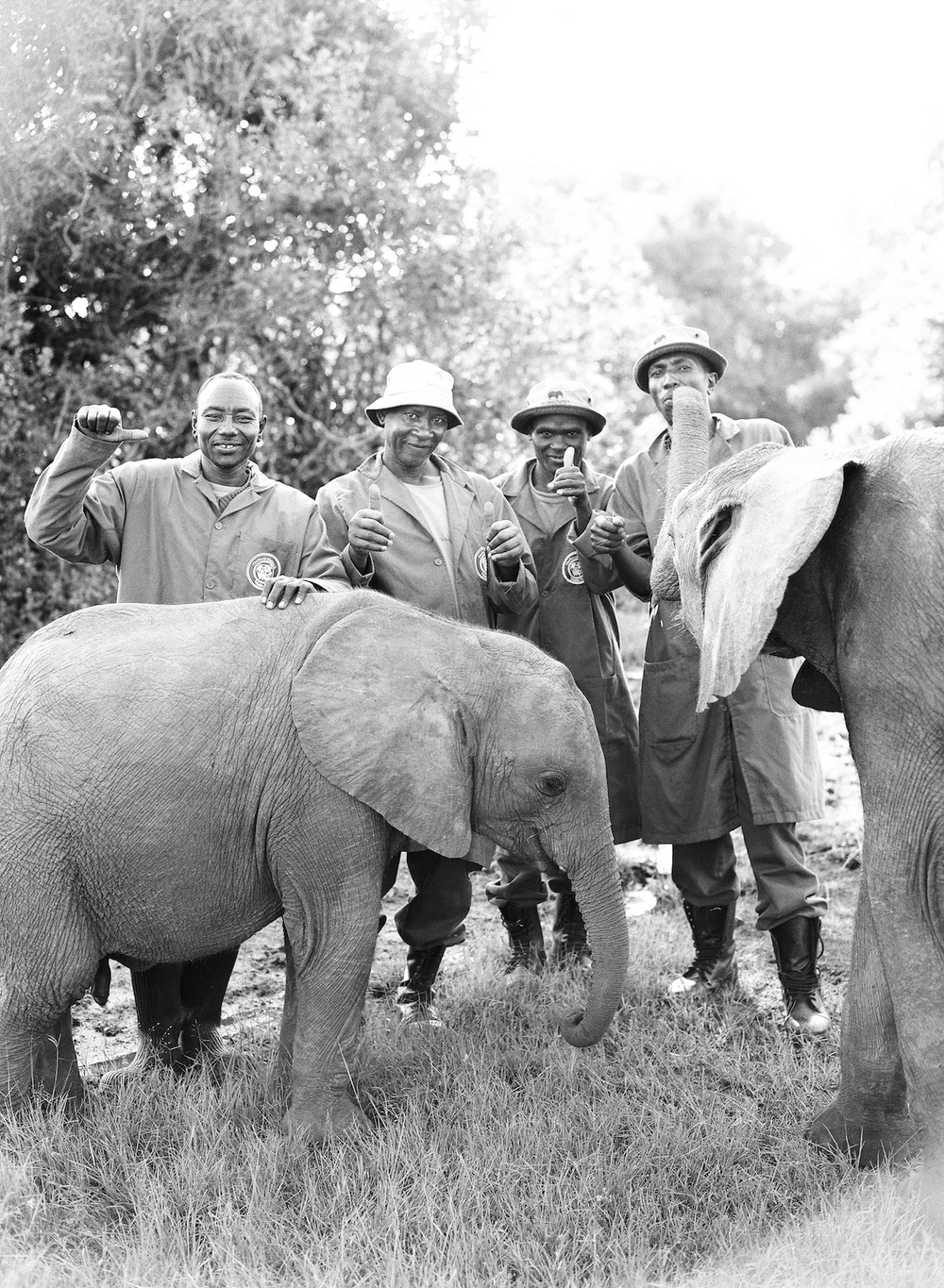 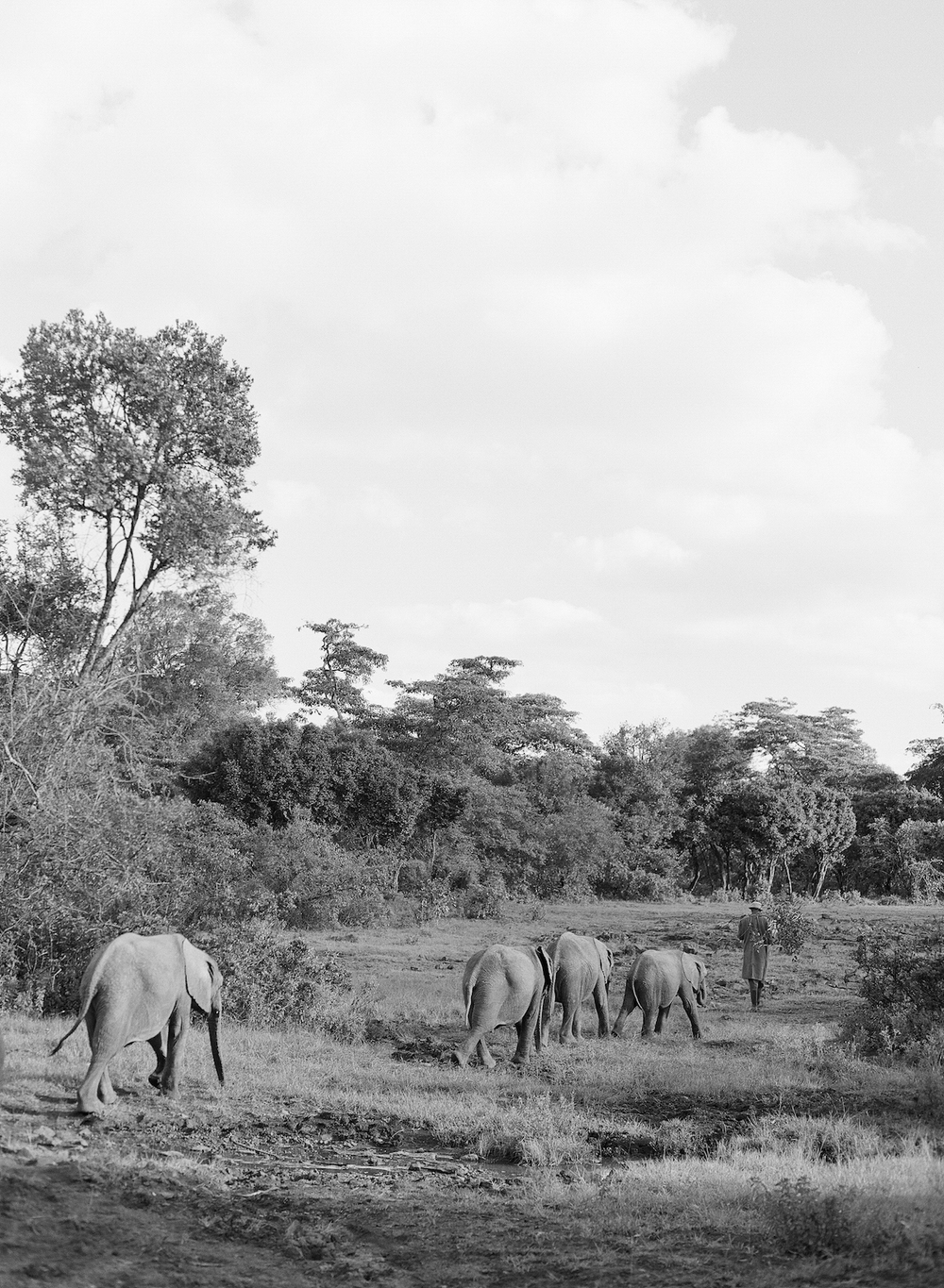