One of the most awe-inspiring aspects of the work of our partner organization The David Sheldrick Wildlife Trust is the work of the rescue team that risks its life to ensure the safety of vulnerable animals in the area. Because they share each of these rescues on their website, we thought we should take a moment to highlight some of the most inspirational rescues of 2018.

Tim is one of The DSWT’s most precocious and not-so-little troublemakers. In December, he found himself trapped in mud with just his trunk and tusks sticking out, only able to move his head. Tim was stressed, stuck, and exhausted from his own attempts to free himself. Although many people came to his rescue, removing him was a difficult task to undertake. First, they had to dig a trench to bring water in and help him float. Then, they placed straps under his head, and with lots of man, cruiser, and tractor power, pulled Tim free. The next day, when the vets came to check on him, the playful guy was back to his normal self.

In September, The DSWT received a call from the KWS (Kenya Wildlife Services) who reported a distressed elephant calf in the town of Meru. He had fallen into a deep pit and had been found by local villagers who had battered and beaten him in their excitement to kill and eat him. Thankfully, some sympathetic souls notified KWS, who got the The DSWT helicopter to fly directly to the site with an experienced Keeper and all the equipment necessary to feed, medicate, and restrain the calf. His body was covered in bruises from the beating, which made it difficult for him to lie down. He was given a tranquilizer and anti-inflammatory medicine, and the team fed him a bottle of rehydration fluids. Once he arrived at The DSWT, he was immediately calmed but didn’t sleep for at least a week—just walked around in circles, only turning left. Once Angela, CEO of The DSWT, arranged for him to join the other orphans, he was immediately comforted by them and was able to walk straight for extended periods of time. Merru is now 9 months old, and while he still sometimes walks in circles, The DSWT staff is heartened by his improvements.

Dololo was found submerged in a dam with only his trunk raised above water. When the calf slipped into the treacherous dam and wasn’t able to stand back up, he was abandoned by his herd. Thankfully, a community member reported his situation to Kenya Wildlife Services (KWS) Rangers who sped to the scene, waded in, and moved the calf gently to one side. Dololo was loaded in the back of the land cruiser where the veterinary team decided to bring him to the intensive care unit at The DSWT Nursery. When the DSWT team met up with the cruiser, they placed Dololo on an IV drip and doused him in water and mud to keep his body temperature down. Soon, the DSWT Helicopter arrived and transported Dololo safely to Nairobi where the caretakers and calves made him immediately calmer and more receptive to the warm milk, fresh greens, and antibiotics given to him. Once he was de-wormed and fully recovered, Dololo joined fellow orphans Luggard and Merru in the herd.

Last year, the drought in the southern area of Tsavo East National Park was the worst recorded in over 35 years—nearly 400 elephants died of starvation, and there was no easy solution to feed the hundreds of starving wild elephants. Tahri is an elephant from Israel who arrived at The DSWT around two years of age—collapsed from starvation, abandoned by her herd when she couldn’t continue walking. She was easily detained and brought to the nearest Reintegration Unit where they slowly reintroduced solids as her stomach strengthened and she regained an interest in food. She and the care team struggled with the overwhelming heat, which was made easier due to a custom mud bath and water troughs. As Tahri has recovered and re-gained her confidence, she has become a beloved member of the herd.

But The DSWT doesn’t just rescue elephants. In May, the team rescued an orphaned baby kudu, a type of local antelope. This kudu was the victim of localized flash flooding and was found exhausted and floating, clinging to life. Fortunately, Omar, one of The DSWT’s Keepers, was on leave in his hometown and saw the kudu, gathered some KWS rangers, and brought it to safety. Because of the hazardous flooding, Omar didn’t feel he could release the Kudu back into the wild, so he called Angela to request a helicopter evacuation to a local headquarters with other kudus. The local chief and villagers were delighted with the rescue. Omar’s bravery not only saved the life of this small animal but inspired a community to persevere in challenging conditions.

Each year, we are even more inspired by the work of our partner organizations, and we look forward to supporting their work for years to come. You, too, can ensure vulnerable animals receive the professional care and attention they need to thrive in the wild.

Take a look at some of our favorite rescued elephants below and consider a purchase from The DSWT Series, in which 20% of all sales go direclty to the life-saving work of this organization. 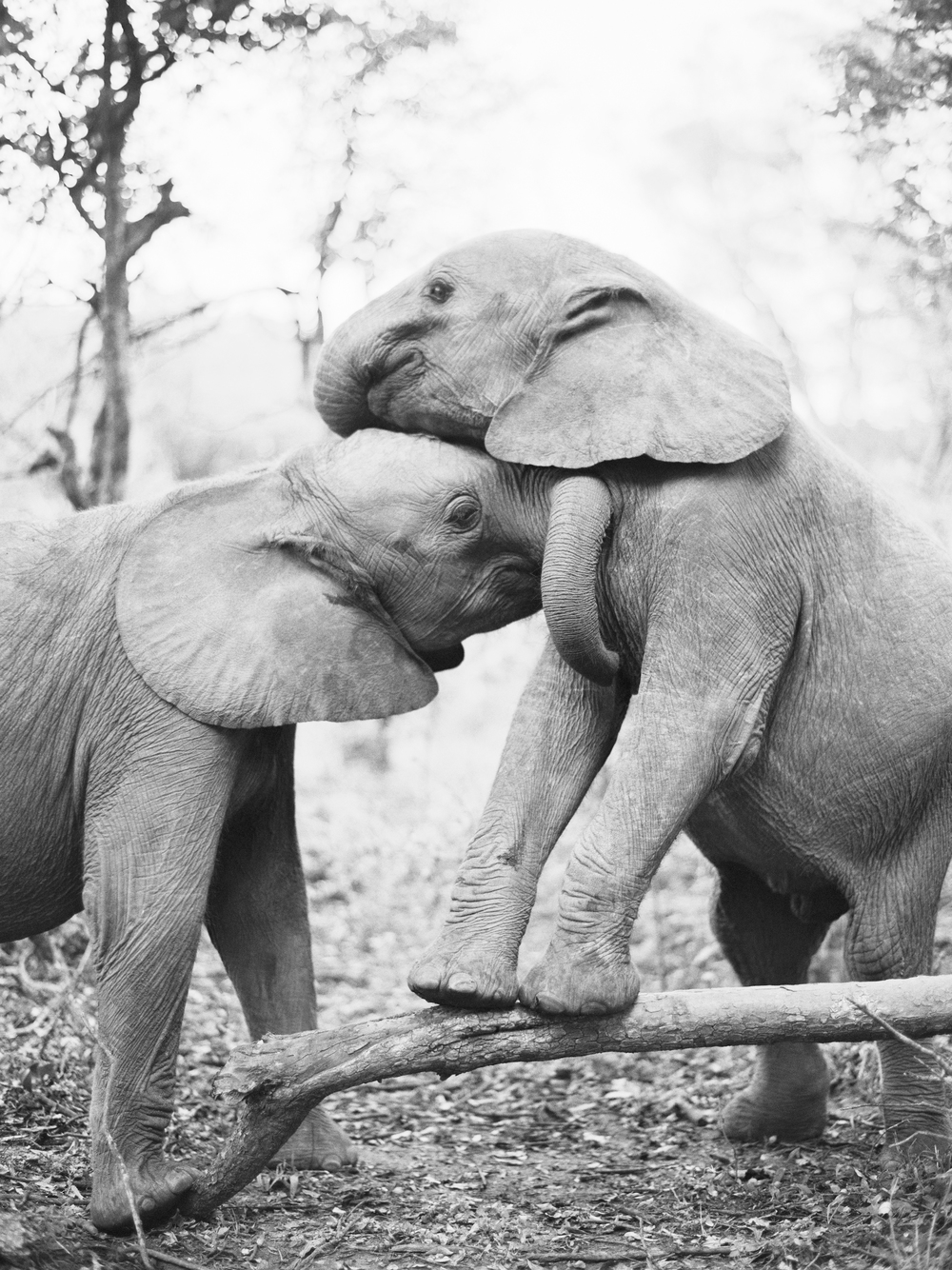 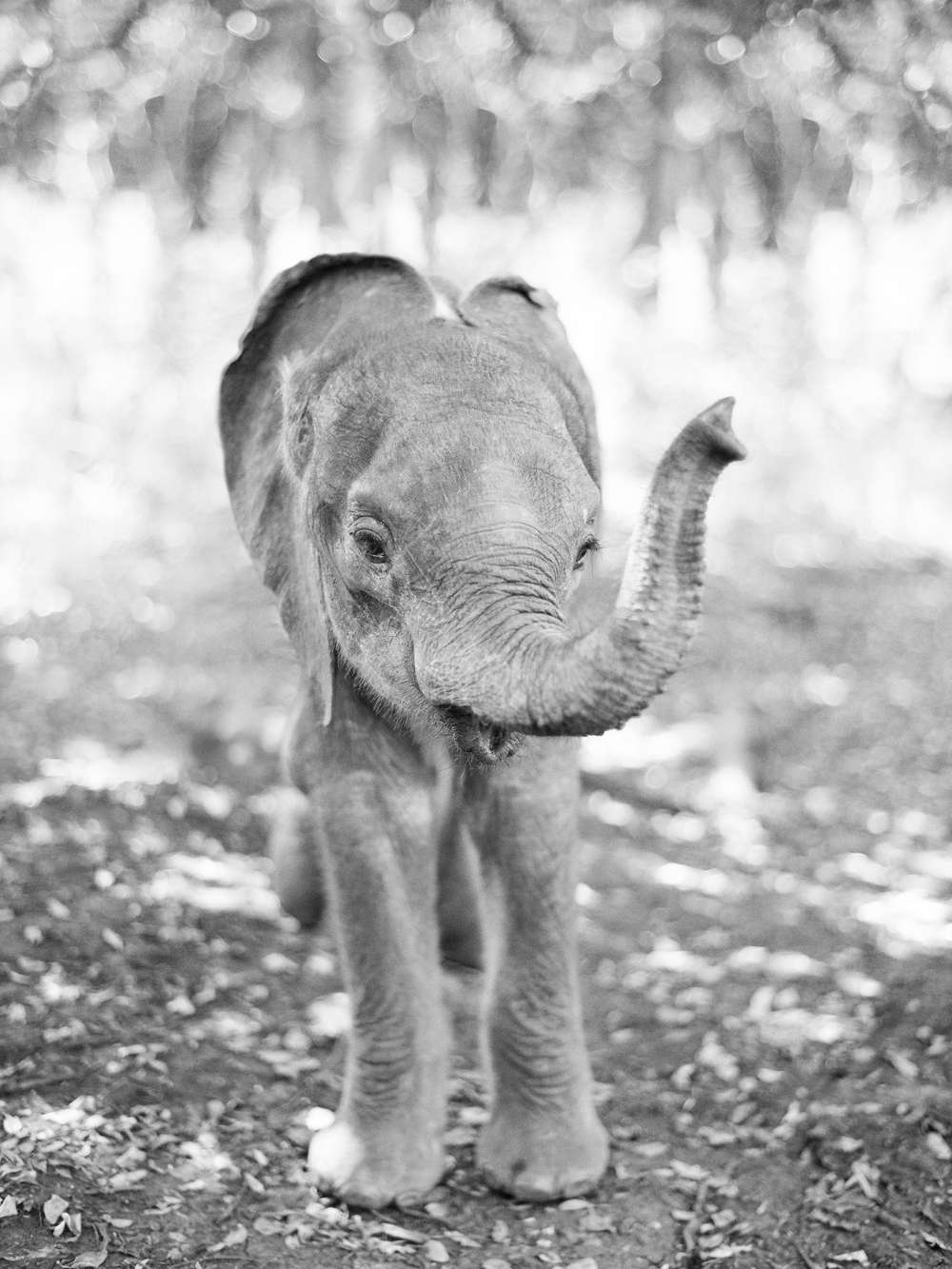 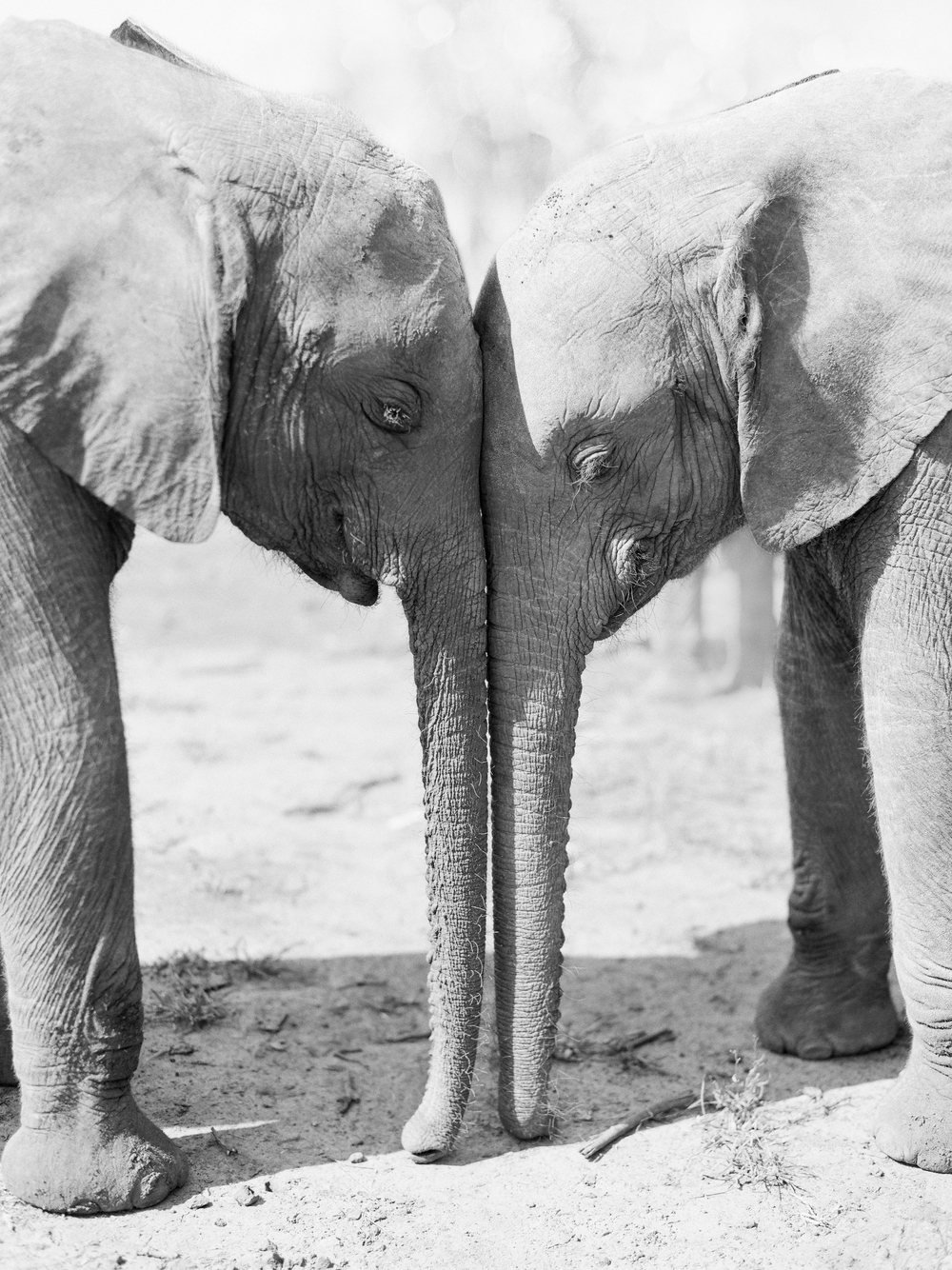