In an effort to encourage the support and protection of wildlife, we select one print each month - available in our Shop at 15% off.

“Surrender” is one of our favorite photographs from the Lewa Series, which is why we selected it as our November Print of the Month. Because of the great response to our February post “Cheetahs Racing for Their Lives,” we wanted to focus again on these majestic creatures as they continue to face many threats to their livelihood due to human encroachment and competition with other predators.

Although they are considered ‘big cats,’ cheetahs are actually a genus all their own, the only members of genus Acinonyx (a term which means ‘no-move-claw’ in Greek). This distinction sets them apart from most other cats with some unique characteristics: they cannot roar, and they have longer legs on smaller bodies with a small round head and special pads on their feet for traction with a long tail for balance. The distinctive black markings on their faces are believed to help protect their eyes from the sun during daytime hunting sessions. And despite being known for their speed and agility, most people don’t realize cheetahs spend most of their days dozing, conserving energy until it’s time to eat or flee.

In Surrender, KT has captured the moment just after a kill. Two of the group are feeding on their prey as the other two stay alert and on guard.

These special characteristics are important distinctions that are also essential to this resilient creature’s survival. Threatened by human-wildlife conflict, habitat loss, and illegal trading, only about 5% of cheetah cubs survive into adulthood. Although they used to roam across Africa and Asia, their range has dwindled significantly from its historical borders. Experts estimate that cheetahs lose more than 2% of their range each year, and that there are fewer than 7,000 cheetahs left in the wild.

Human destruction and conflict have threatened cheetahs for decades, earning these animals a “vulnerable” conservation status. This month, “Surrender” is discounted 15%, making it easier than ever to support our partner Lewa Wildlife Conservancy and the more than a dozen cheetahs that call it home. Purchase your print today and know you are helping prevent these vulnerable animals from slipping into ‘endangered’ status. 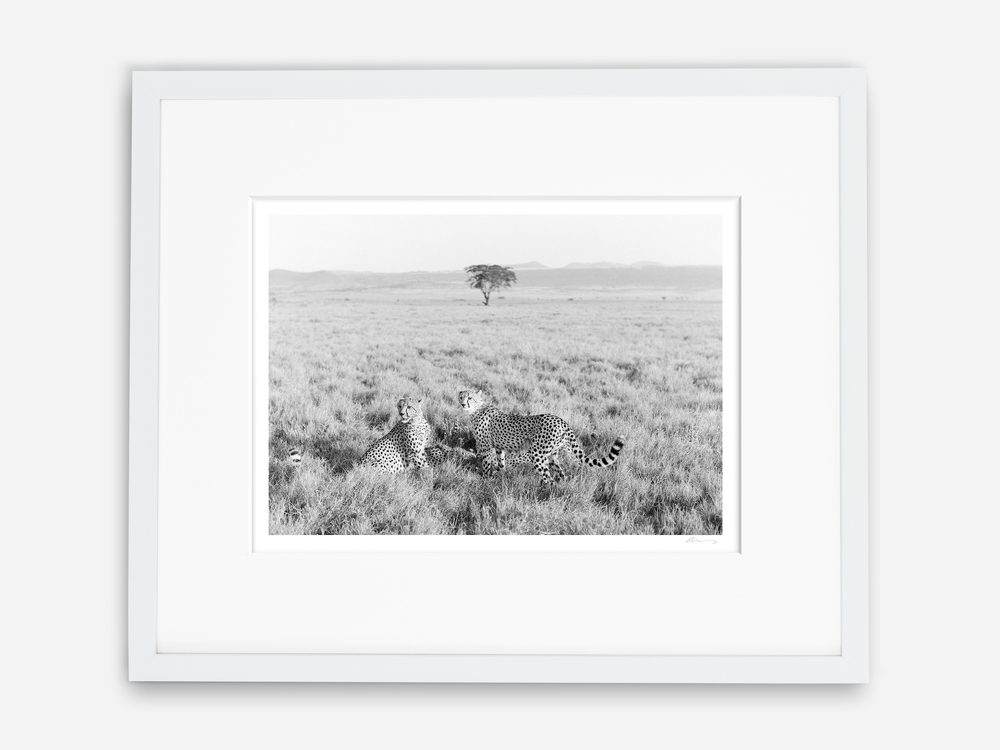 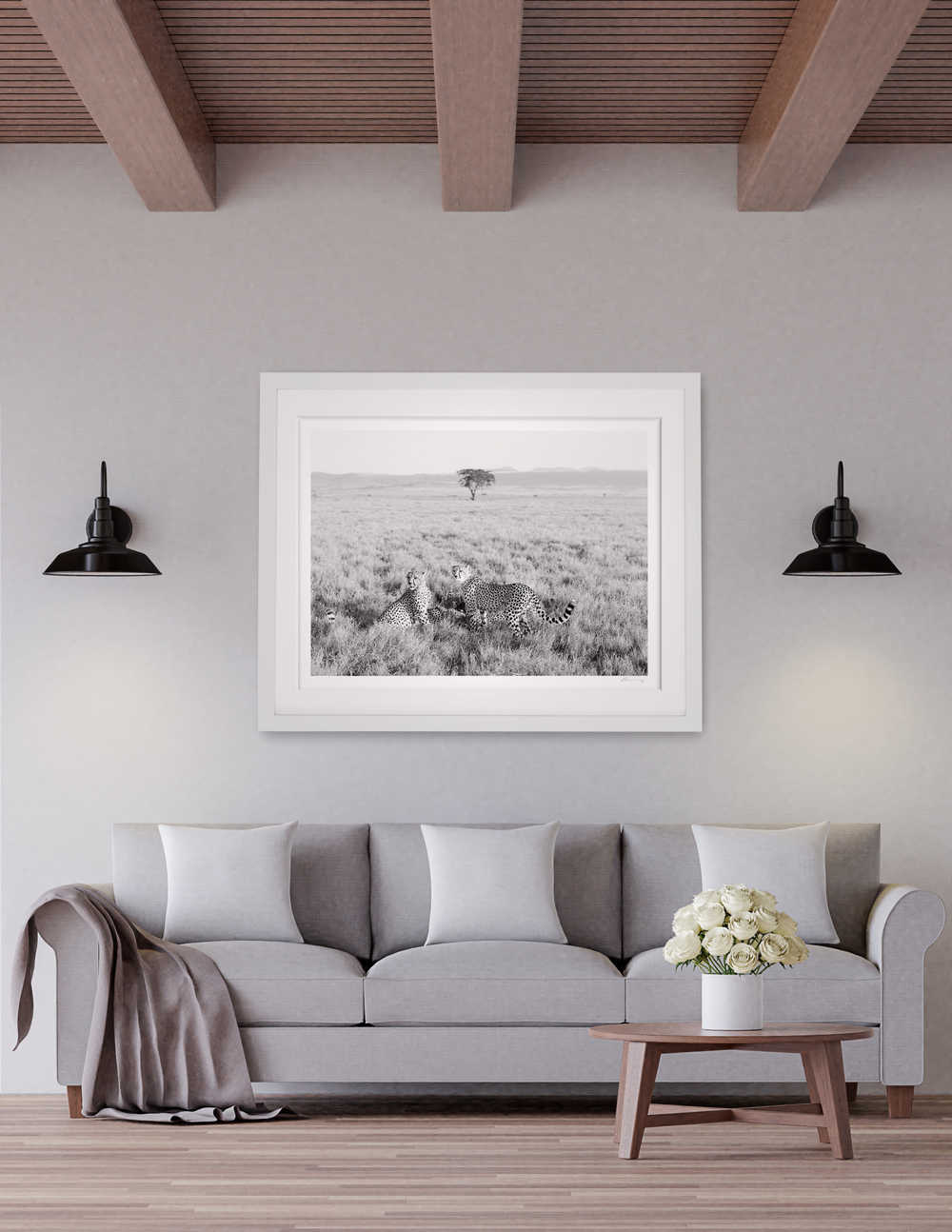