First named giraffe camelopardalis by the Greeks who believed it looked like a camel wearing a leopard’s coat, the giraffe has been beloved for ages. Known for their calm demeanor and long necks, giraffes are integral members of the savannah ecosystem and a favorite of safari-goers. Read on for a few of our favorite things about these gentle giants.

They are Lovers Not Fighters
A giraffe’s heart can grow to more than two feet long and weigh over 25 pounds, so it’s fun to think that their peaceful nature is a result of their big hearts. But in actuality, giraffes typically choose flight over fight because they can sprint at speeds up to 35 mph and run at up to 10 mph over long distances. However, they can defend themselves when necessary. Their long legs deal powerful kicks that can kill an approaching lion.

A Little Water Goes a Long Way
Giraffes rarely drink water because they hydrate primarily by eating plants, which also helps protect them. Giraffe necks aren’t long enough to reach the ground, so drinking water makes them vulnerable as they must lean down awkwardly and spread their legs on the ground to reach the water. For this reason, giraffes prefer to use their nearly two-foot-long tongue to eat pods from the acacia tree. Their tongues are colored dark blue to serve as a sunscreen as they eat more than 75 pounds of leaves and twigs per day.

The Males Lead the Group
Living and roaming in groups called towers, which are composed of mostly females and led by an adult male, giraffes find companionship and safety when surrounded by about 15 members. Although both male and female giraffes have hairy horns on their heads called ossicones, only the males use these to head-butt one another when playing and asserting dominance. Once a male demonstrates his strength over another, the defeated male walks away from the group while the dominant one remains the tower leader for a few years until defeated by another.

They Are Upstanding Animals
Did you know giraffes usually sleep standing up? It’s true! This is likely because it’s so difficult for them to get up and down, putting them in a vulnerable position if they need to flee at a moment’s notice. This might also be because they don’t need much sleep—experts estimate less than four hours per day. If they do lie down for a nap, they only do so for about six minutes at a time. Female giraffes also give birth standing up, meaning their newborns fall more than five feet to the ground and are able to stand within the first 30 minutes of their lives.

Embrace the Spots
Wild giraffes can live to be up to 25 years old while their captive counterparts can reach 40! Although they are common prey for hungry lions and hyenas, their spots act as a camouflage, helping them blend in with the savannah landscape. These spots also act like fingerprints for the giraffe as no two have the same pattern, making this the best way to differentiate between them.

Happy World Giraffe Day! These animals are not only tall and gentle, but also classified as ‘vulnerable’ on the IUCN Red List and in desperate need of our support. Check out our Standing Tall and Within Reach prints to donate to the cause and bring some of their unique beauty into your home. 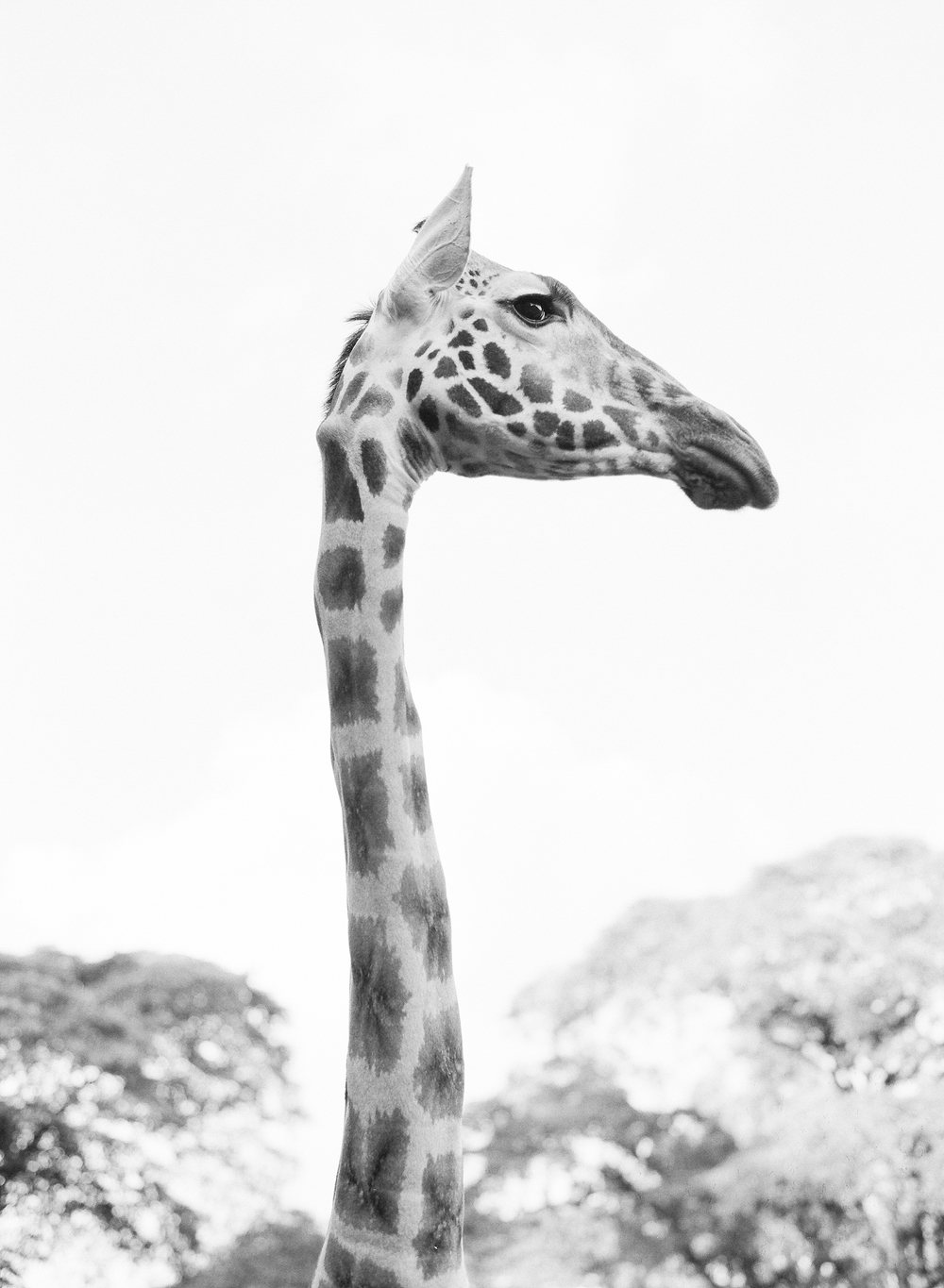 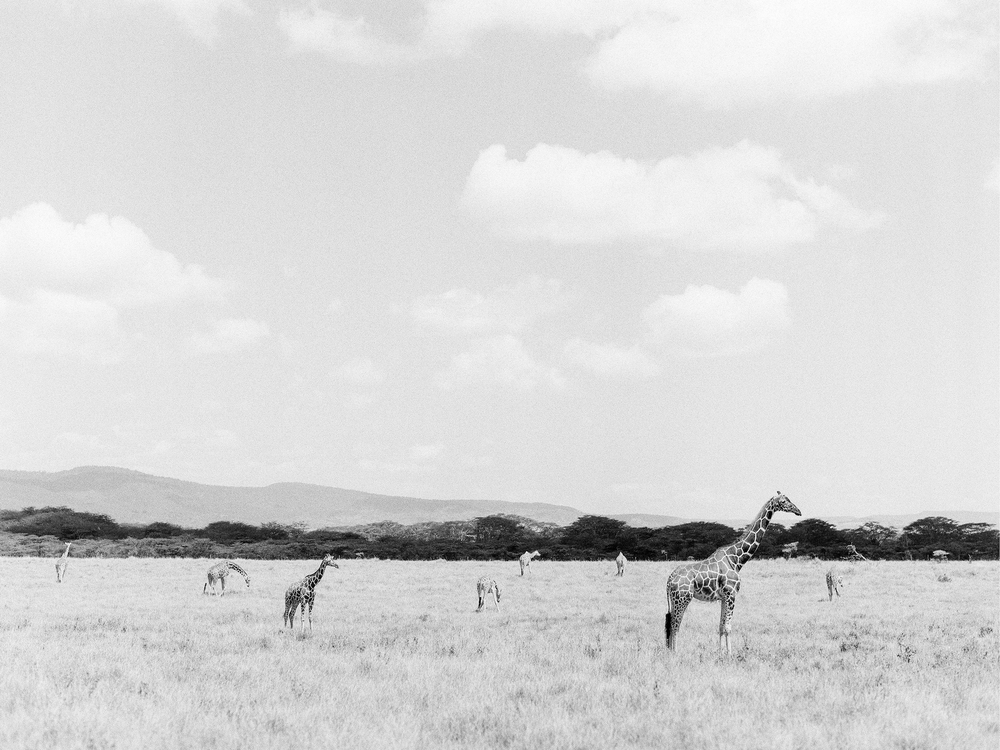 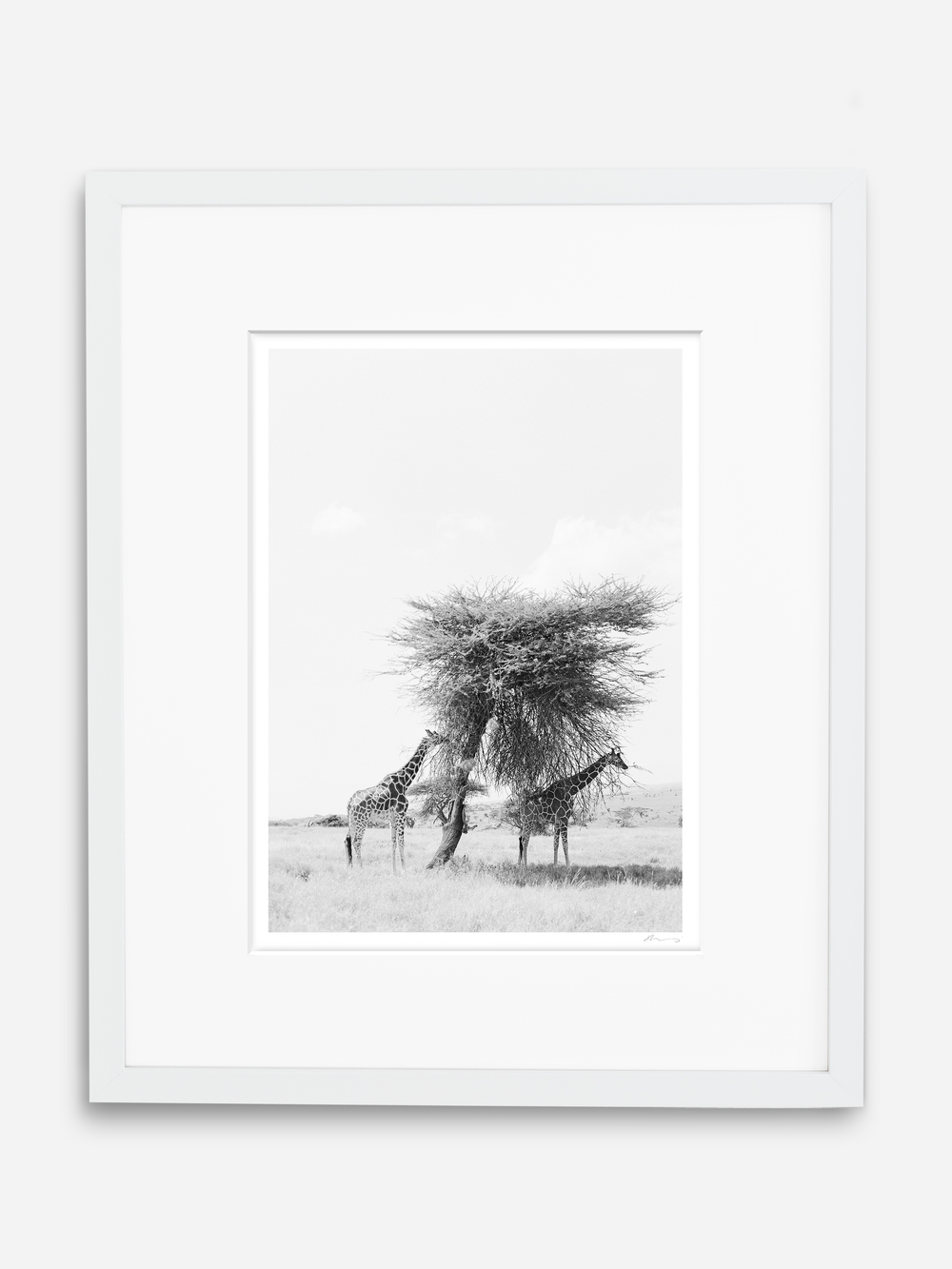 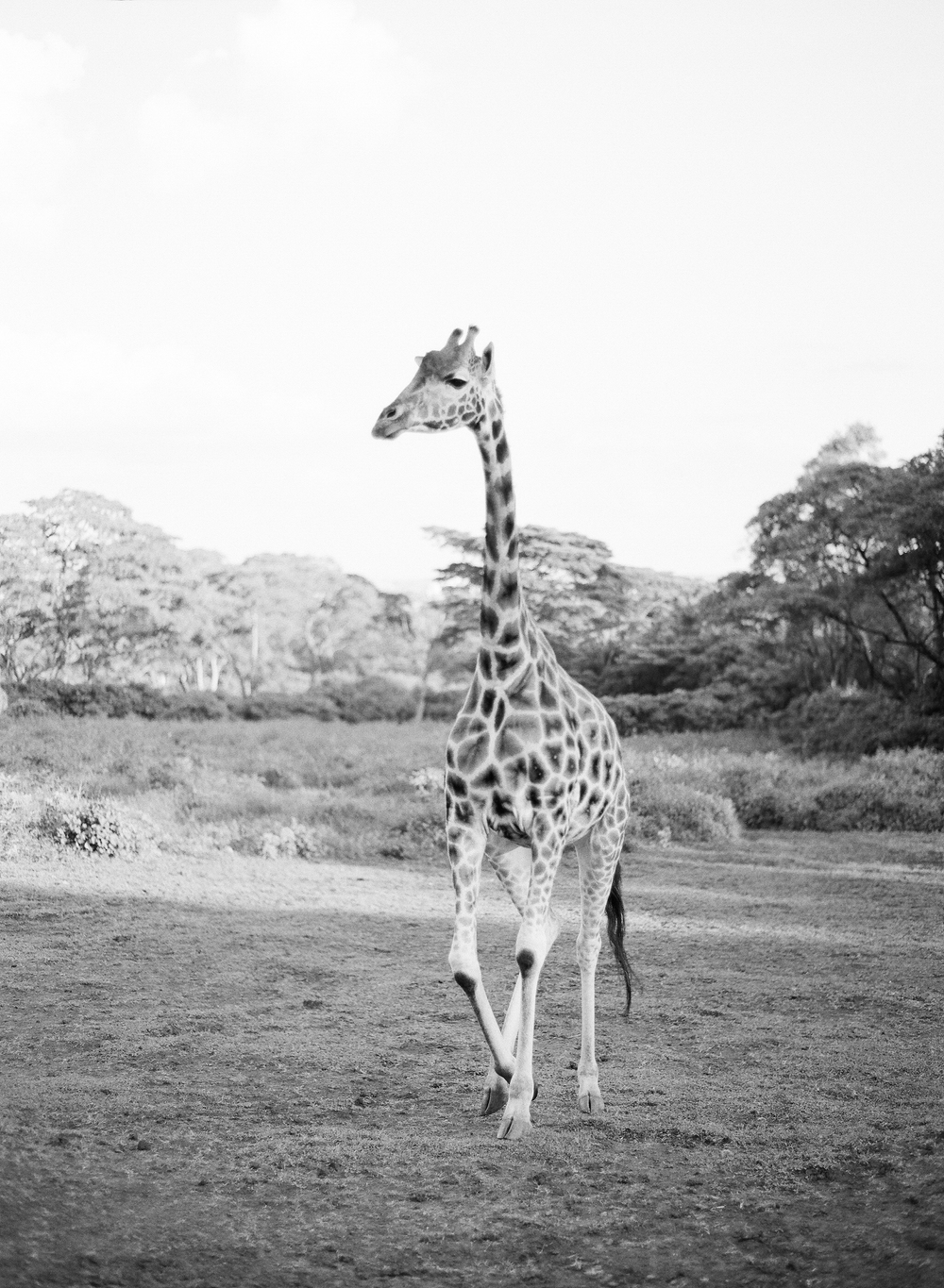 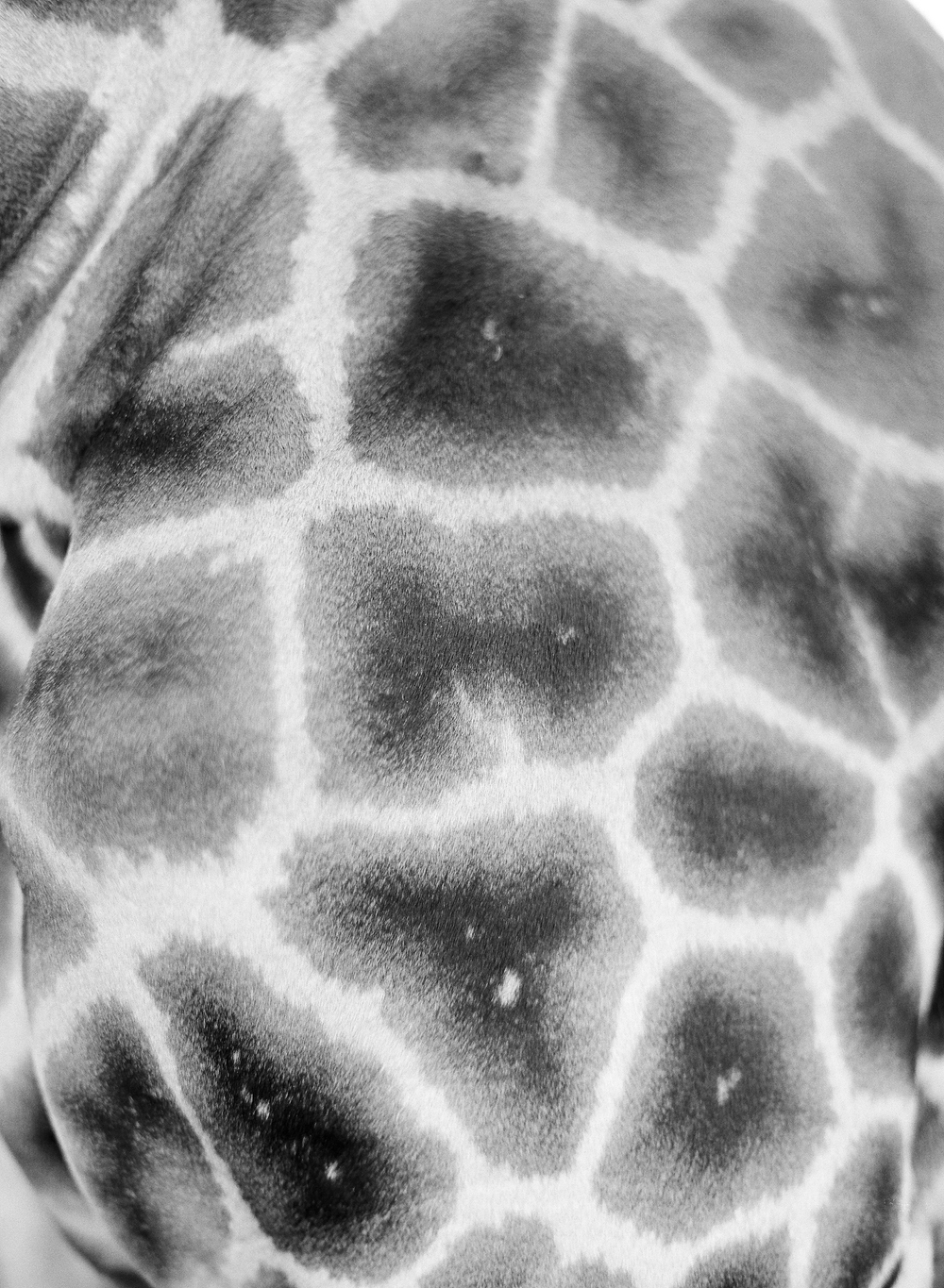 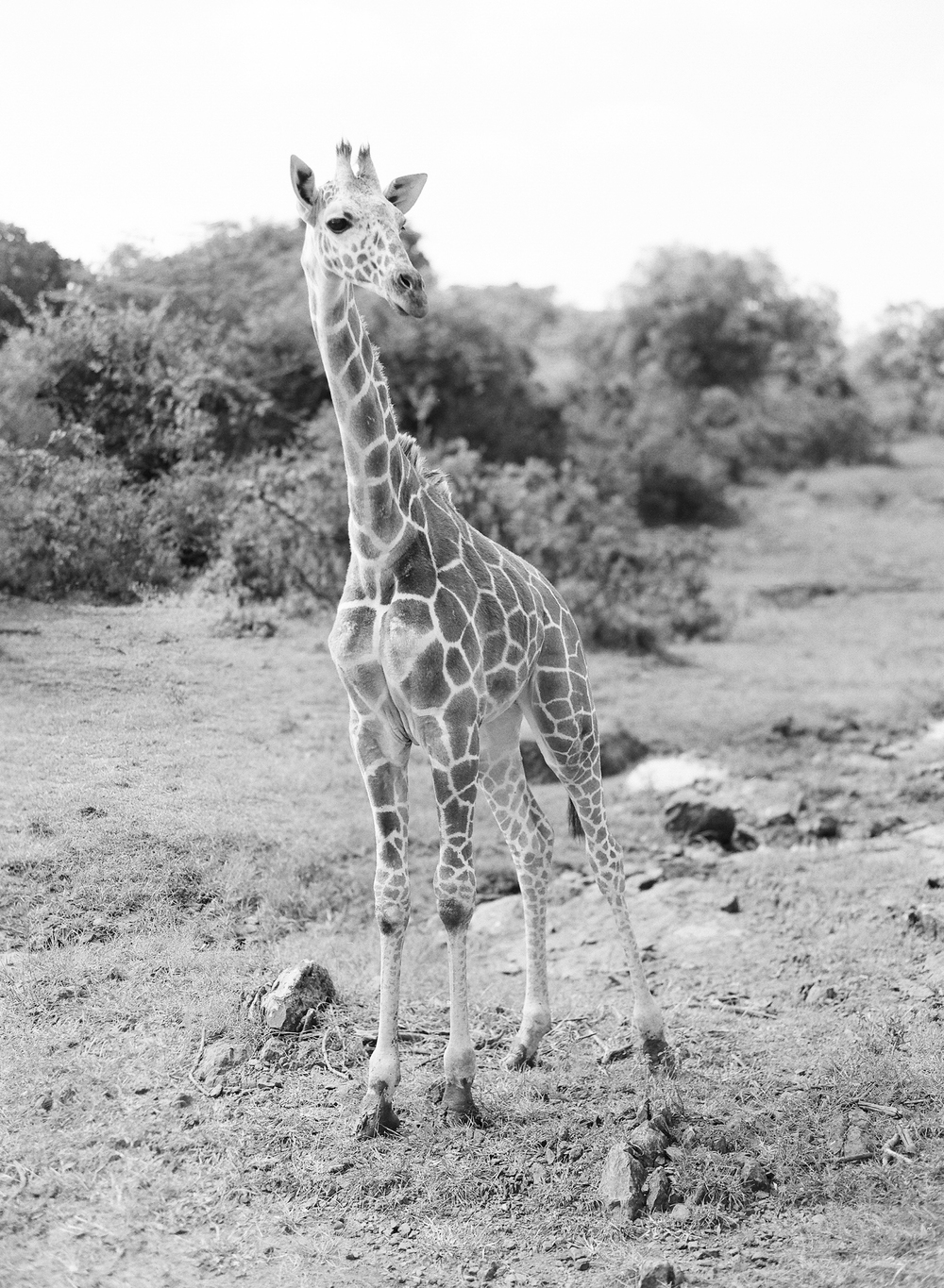 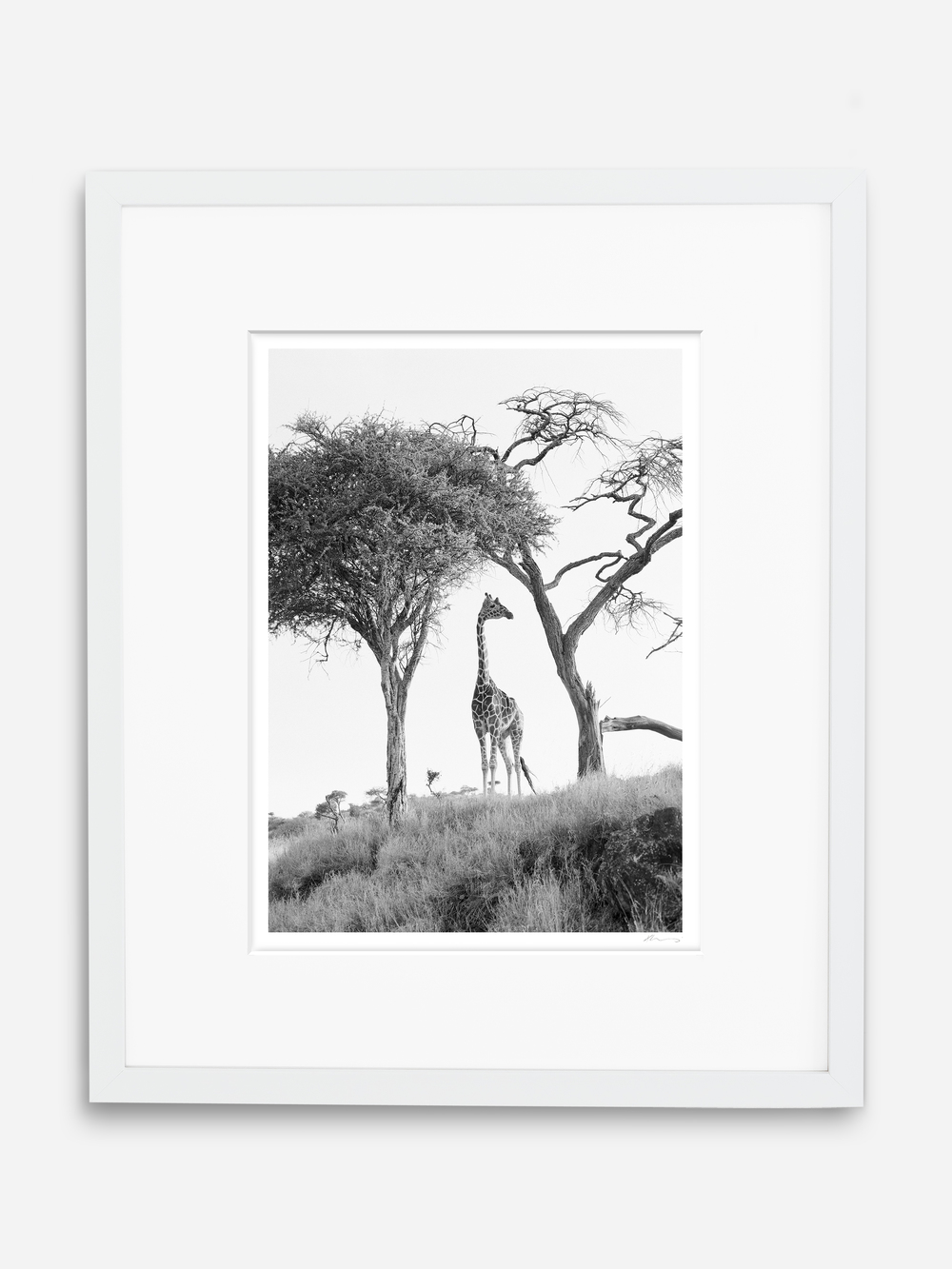 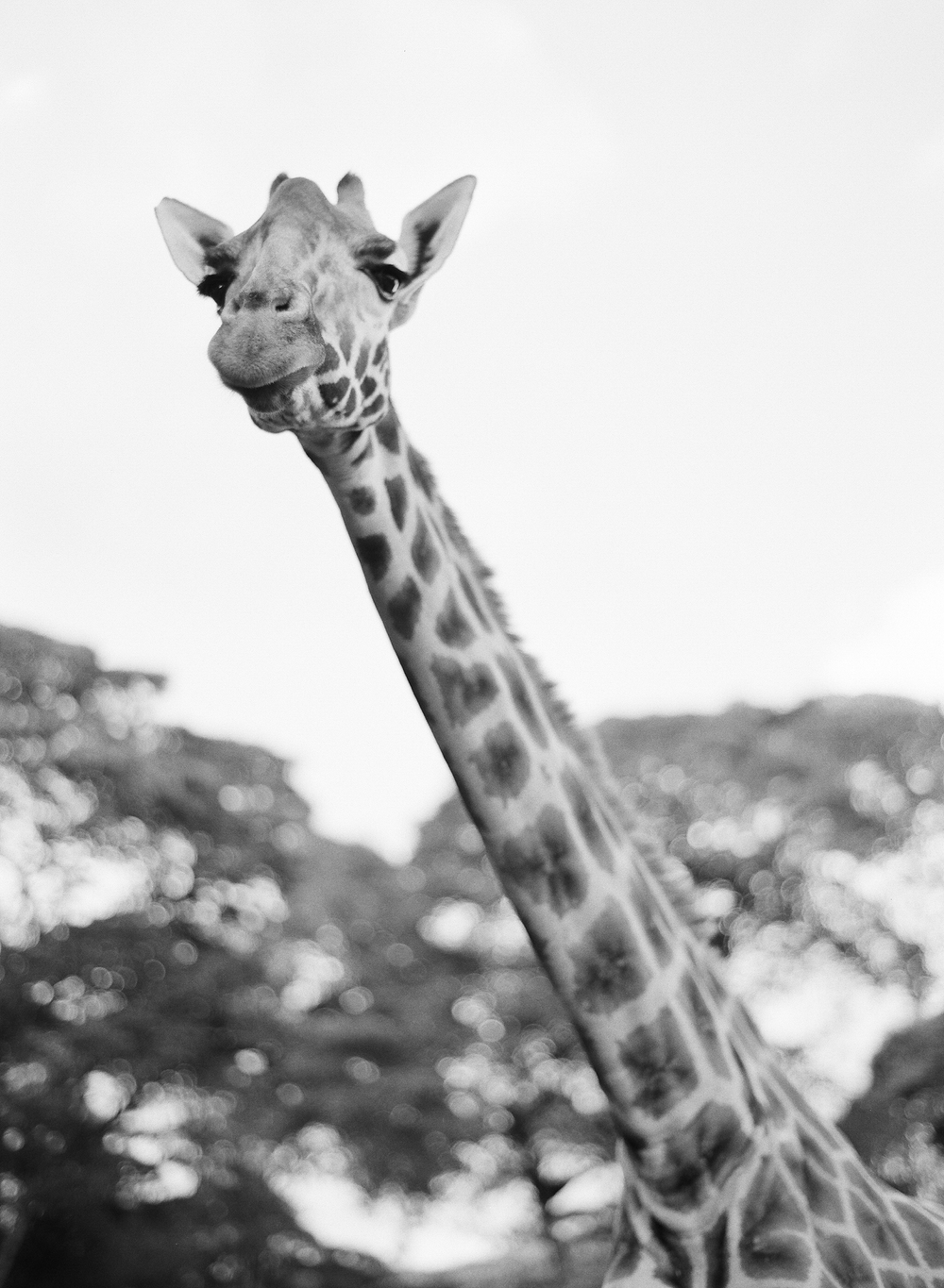