I’ve always believed that compassion is the key to conservation. Compassion starts with getting to know endangered animals, and elephants are some of my favorites. In celebration of our sponsorship of the Enormous Elephant Run in Los Angeles on March 10, I’ve rounded up some of my favorite facts about these gentle giants.  The more I learn about this amazing animal, the greater my appreciation for the work of our conservancy partners at the David Sheldrick Wildlife Trust, one of the beneficiaries of this year’s run.

1. They are big babies. African elephants aren’t only the largest land mammals in the world, they also have the longest gestation period of any land animal—22 months! A newborn elephant can weigh up to 260 pounds, and this extra development time is thought to increase their ability to survive on their own from a young age.

2. They hate ants. Despite being the biggest land animals, elephants are frightened of one of the smallest! Although they could easily stomp them, elephants avoid ants because they can easily get into their trunks and wreak havoc on the sensitive nerve endings within.

3. Their trunks are multi-functional. Speaking of trunks, elephants use them as both nose and limb. With 100,000 muscles and two fingerlike features on the end, the trunk is agile enough to grab delicate items like blades of grass but strong enough to rip a branch off a tree. The trunk is also used for drinking and bathing. Elephants can suck up four gallons of water at once and then spray it back out again. After bathing, they use their trunks to dust themselves with dirt and mud to protect their skin from sun exposure.

5. They pass on peanuts. Contrary to what most cartoons will show you, elephants actually don’t like peanuts. Because peanuts don’t grow in their natural habitats, wild elephants aren’t exposed to them, and caretakers don’t use them as treats.

6. They are (usually) quiet. While they are capable of loud trumpeting to express heightened emotion, most elephant communication is through touch, visual signals, and sub-sonic rumbles that can travel over the ground faster than sound through air. A trumpeting elephant may be excited or angry, but those looking to communicate with a potential mate or social group use more subtle forms of communication that are imperceptible to most humans.

7. They are very sensitive. African elephants communicate sub-sonically using sensory cells in their feet. Deep-pitched sounds and vibrations in the ground travel through their feet, up the leg and shoulder bones, and into the middle ear. The elephants use the timing and strength of these signals to determine the sound’s direction and threat potential.

8. Loyalty runs deep. When male elephants leave the herd between the ages of 12-15, female elephants form their own groups led by a matriarch. In these herds, they form a hierarchy based on age and  generational knowledge of safe and verdant spaces for food and water. These herds form tight social bonds that elicit strong emotions like grief and distress within members when their family members are injured or threatened. Elephants have even been observed mourning unfamiliar dead by stroking carcasses they pass in the wild.

9. Just keep swimming. If they get tired after walking up to eighty miles in a day, elephants can easily hop in the water and swim! Like most other mammals, elephants are natural-born swimmers. They can swim completely submerged underwater, using their trunks to breathe. Because of this built-in snorkel, elephants can swim for hours without stopping. If they do get tired, the elephants’ massive bodies allow them to easily float and rest—it’s nearly impossible for them to drown!

10. They are very smart. And they really don’t forget! Elephants are one of the only mammals that can recognize their reflection in a mirror or water (dolphins, apes, and humans are the others). Additionally, they can use and make tools and remember distant watering holes from years before.

Love elephants? Check out our DSWT series to learn more and support the lifesaving work of our partner organization. If you’re in the L.A. area, register for the Enormous Elephant Run and join us in the fight to protect these gorgeous creatures. You can meet up with the Render Loyalty team and Kristen Davis, a DSWT brand ambassador.

The images below are available for purchase in our Shop, and are titled (from Top to Bottom): 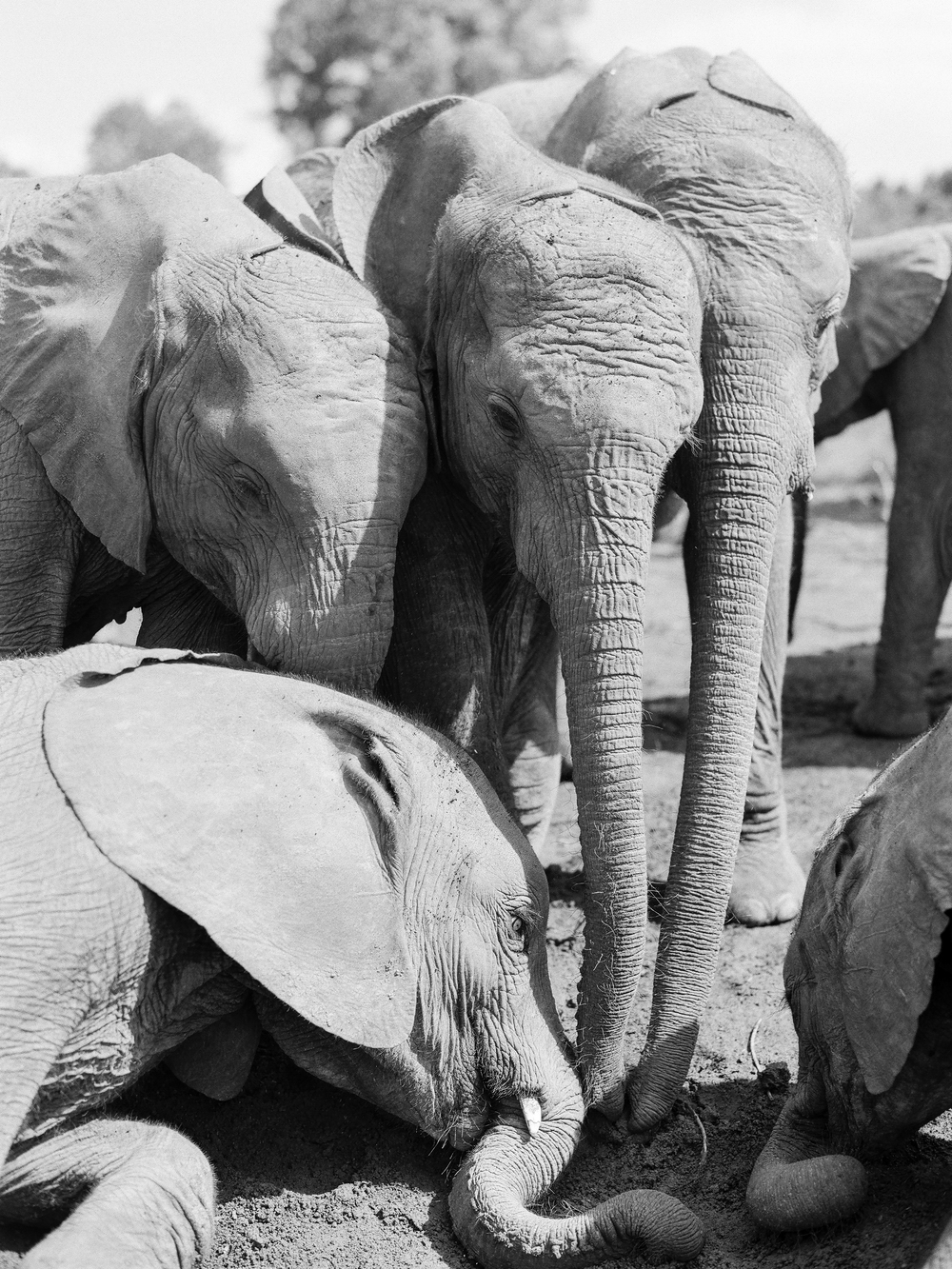 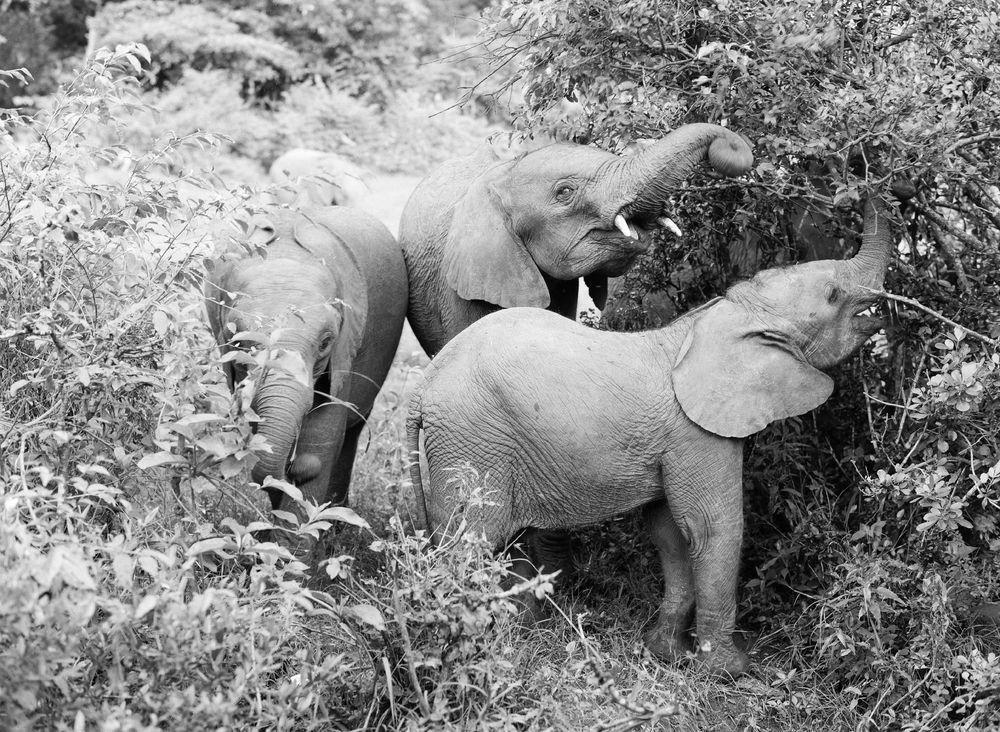 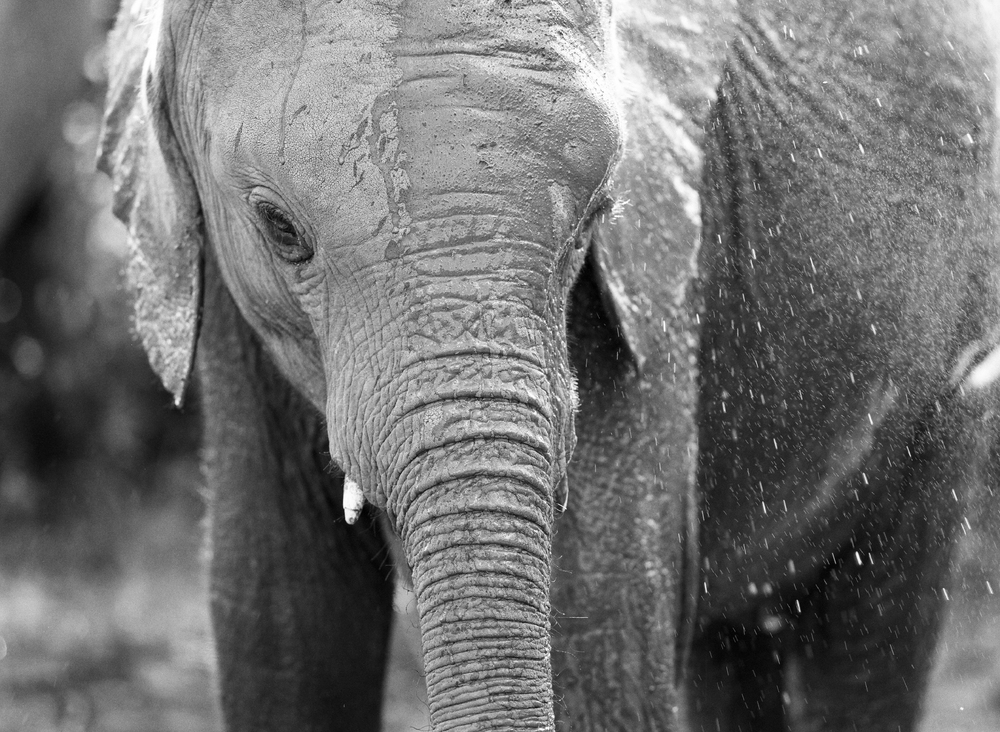 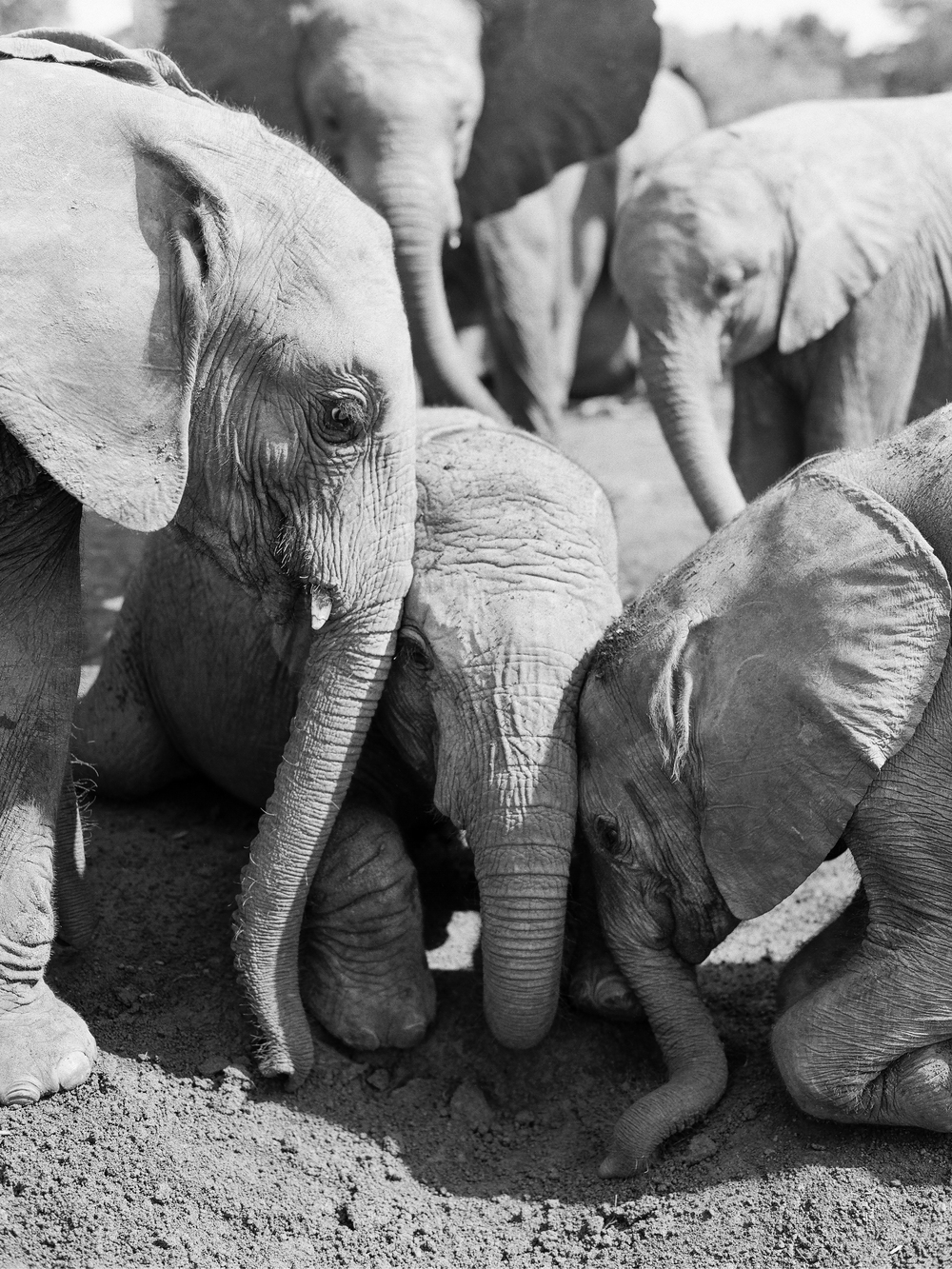 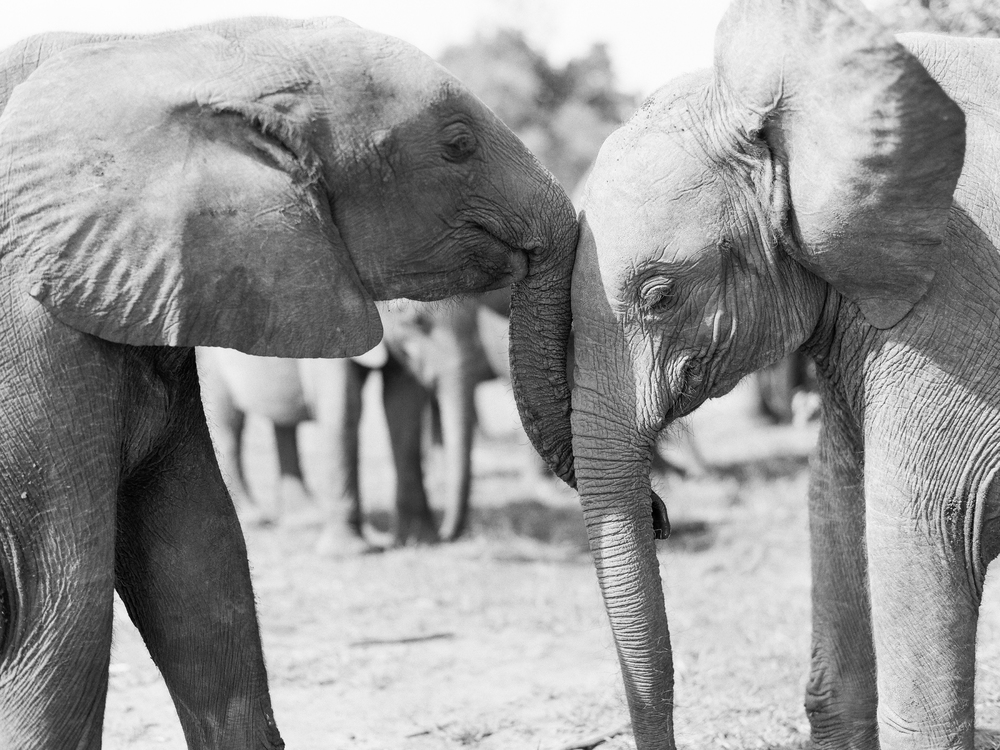