Of all the creatures we saw on our trip to Kenya last year, the ones that were unexpectedly fascinating to me were the Cape buffalo. I, like so many people, was excited to see cheetah, lions, elephants, and giraffe in the flesh. And while I knew we’d have the chance to see buffalo, I didn’t think much about them until there we were, right in front of a herd of hundreds.

At first glance, they are familiarly bovine with the same sweet eyes and almost dog-like noses that we’re used to seeing on dairy cows here in the United States. But don’t be fooled by their pretty faces. These wild vegetarians are massive, weighing up to 2,000 lbs. Thanks to their size, speed, and powerful horns, Cape buffalo are formidable adversaries. They are often named the most dangerous animal in Africa—along with the hippo and crocodile—and kill upwards of 200 people per year.

Needless to say, Chad and I kept a safe distance when we spotted them.

Despite their dangerous reputation, Cape buffalo display incredible social intelligence and have a matriarchal and democratic social structure. In the mid 90s, researchers realized that what they thought was lazy stretching was actually a voting system. Female members of the herd indicate their travel preferences by standing, facing the direction they’d like to go next, and sitting down again. After an hour of this buffalo shuffle, the dominant female guides the herd in the direction that has the most votes.

This social cooperation can further be seen in the way the herd shields itself against predators. When under attack, the group will gather the calves and weaker members towards the center of the herd to protect them. If a member is captured, the rest of the herd responds to its distress call and runs to its aid. In fact, Cape buffalo have been known to kill lions that attack their young by using their horns as weapons.

While the Cape buffalo is still a species of least concern thanks to its robust population, it remains vulnerable to poachers and trophy hunters who pay thousands of dollars for the opportunity to kill one of these gorgeous creatures. To ensure the prosperity of conservancies that keep these animals safe (like Lewa Conservancy in Kenya where we spotted our herd), please check out the Render Loyalty print store. 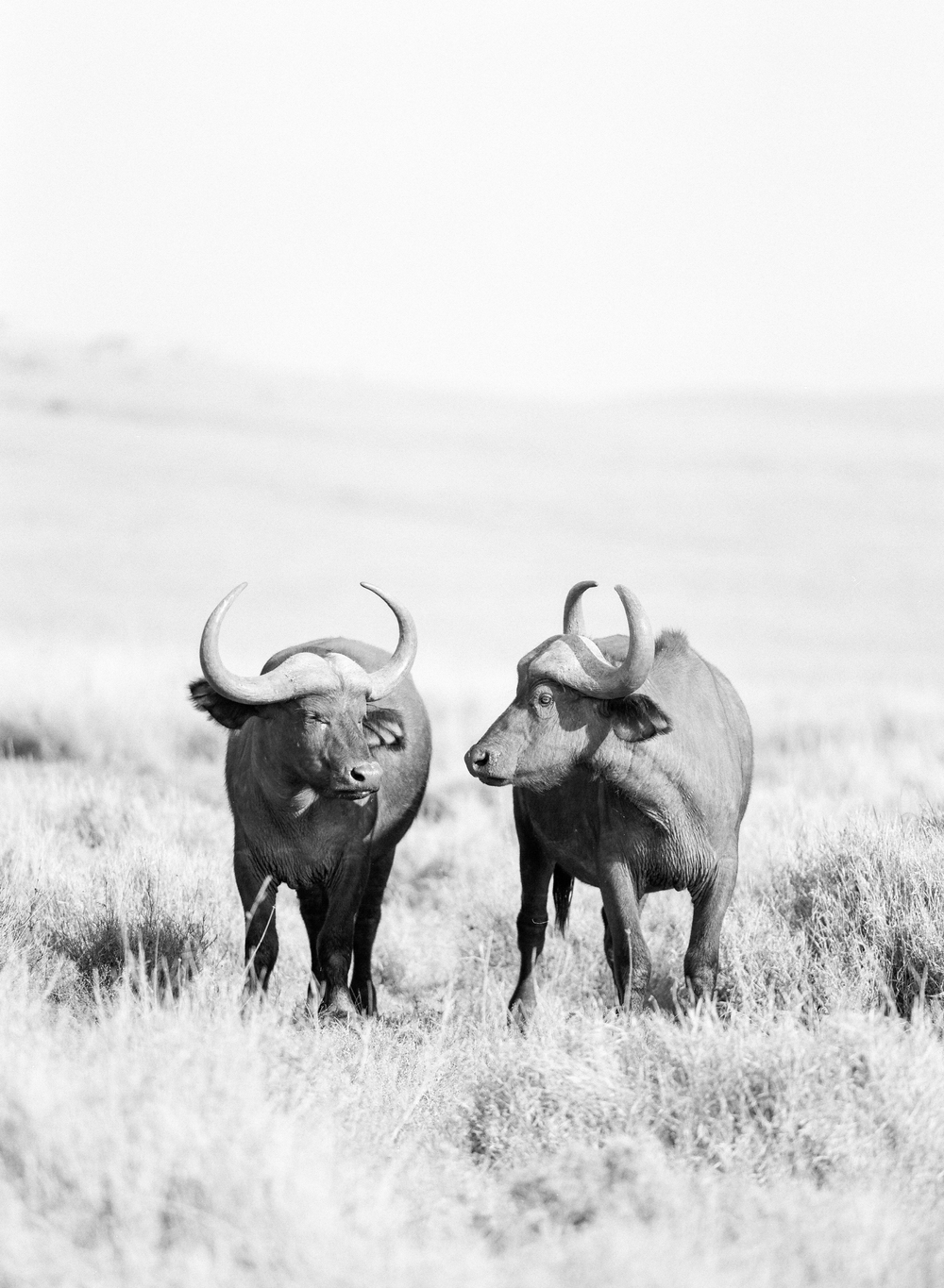 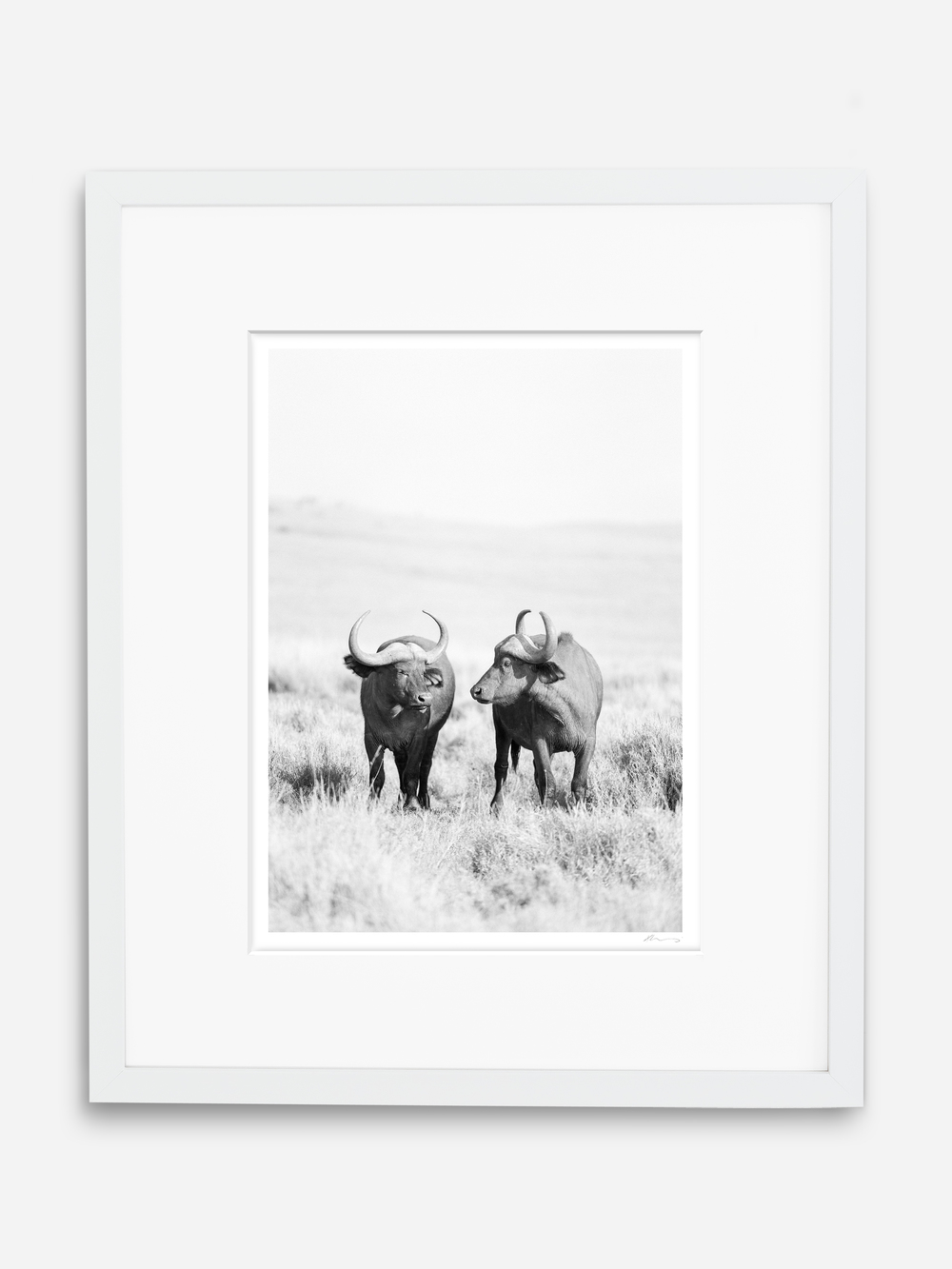