Earlier this year, I shared the inspiring story of Luggard—the orphaned elephant behind my photo, Tiny Trumpeter. Chad and I met Luggard at the David Sheldrick Wildlife Trust, a conservancy known for its work rescuing, rehabilitating, and reintroducing orphaned elephants back into the wild.

Also among the group of bouncing baby elephants at DSWT was Murit, a creature with an exceptional brightness about him. He is the soulful face and striking eyes behind Light Spirit—one of our most popular prints from the DSWT series.

Like many of DSWT’s elephant orphans, Murit came to the nursery after an accident left him abandoned by his herd. In July of 2014, a herdsman discovered Murit trapped at the bottom of an open well. Unsure how long he’d been stuck down there, the local veterinary team got to work quickly to ensure that Murit wouldn’t deteriorate any further. By the time the veterinary team got him out of the well and into the hands of the DSWT staff, poor little Murit was scared, bruised, and severely dehydrated from his ordeal.

Once he arrived at DSWT, Murit chugged some freshly made elephant formula and promptly collapsed on his hay bed for some much-needed sleep. Blood results revealed that little Murit had a life-threatening infection likely due to the amount of tainted water he’d ingested while submerged in the well. The next morning when he woke up, Murit was started on a rigorous course of antibiotics.

The next few weeks were touch and go as the veterinary team at DSWT struggled to find a combination of antibiotics that would solve Murit’s very serious infection. Luckily, Murit had the moral support of four other elephant orphans who lavished (sometimes too much) attention on him as he healed.

Since his initial ordeal, Murit has become a strong and playful young elephant. He has, his keepers tell us, even gotten a reputation as the hall monitor of the nursery—disciplining orphans who try to bully the meeker members of the group. When we met Murit last year, he was wrestling and frolicking with the other orphans. It was only later when I read Murit’s story that I realized just how far this sweet creature had come since his first days at DSWT. That little twinkle in his eye? I like to think it’s the light of a survivor enjoying the chance for a new day. 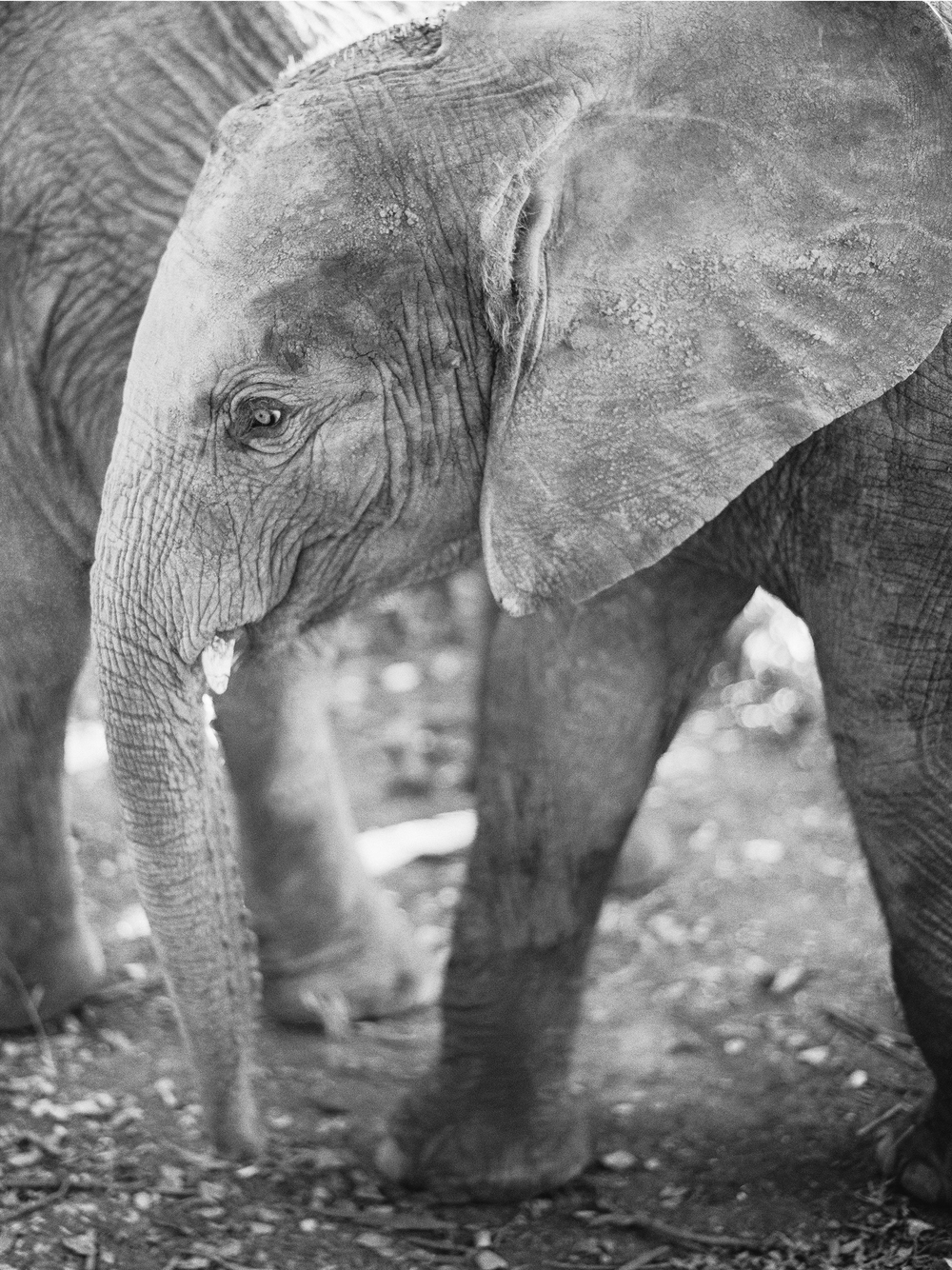